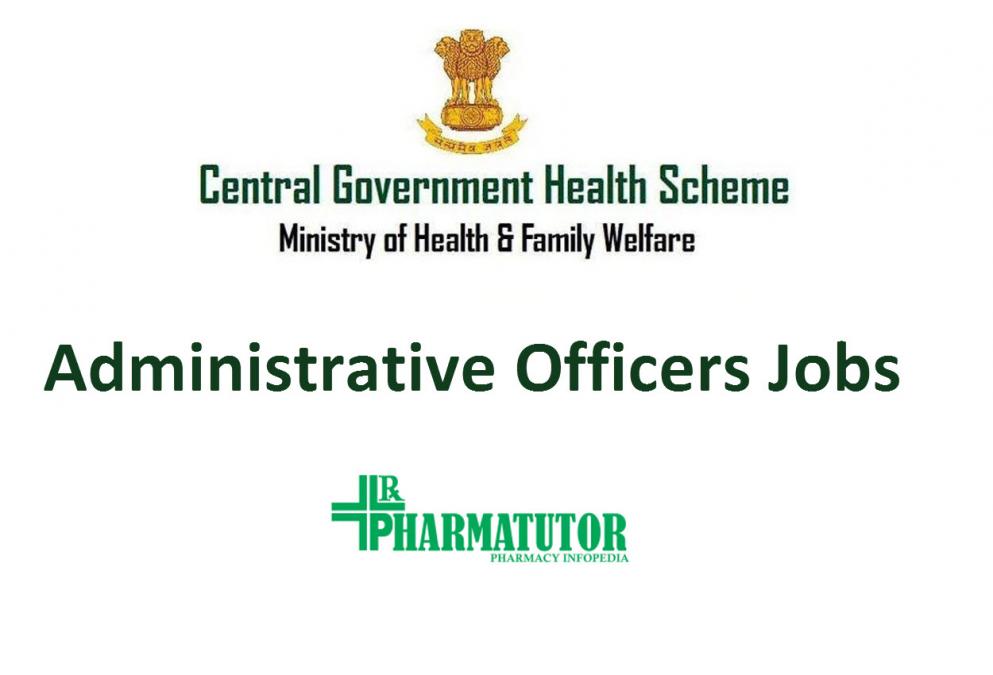 The Ministry of Health and Family Welfare, CGHS Division has decided to fill up 09 posts of Administrative Officers on deputation from amongst the officers holding analogous posts under Central Government (including Ministries of Railways and Defense) or State Governments or Union Territories or suitable officers holding analogous posts under the statutory bodies, autonomous bodies, semi-government organizations under Central/State Governments.

Qualification and experience : Any Officer under the Central Government/State Government or Union Territories who is holding analogous posts on regular basis in the parent cadre/department; or two years' regular service in the grade rendered after appointment thereto on regular basis in the Level-7 (Rs. 44900-142400) in the pay matrix or equivalent in the parent cadre/department; and possessing degree of a recognized University or Institute and two years' experience in administration, establishment and Accounts matters in a Government Office or Public Sector Undertakings or autonomous body or statutory body.

Applications in the prescribed proforma (Annexure II) should be forwarded to Under Secretary (Admn.), CGHS, Room No.511, 'A' Wing, Ministry of Health & Family Welfare, Nirman Bhawan, New Delhi, 110011 within forty-five days of the date of issue of this letter for consideration for appointment on deputation against the post mentioned in Annexure I. All applications should reach this Ministry through proper channel within prescribed time-limit. Advance copies of the applications will not be entertained.

While forwarding the application, the following documents duly signed & stamped by Competent Authority, may also please be sent to this Ministry along with the application.
(i) A Certificate to the effect that State Government/ Union Territory or the Parent Department/organization has "NO OBJECTION”/Cadre Clearance to the appointment of the officer concerned under CGHS on deputation.
(ii) Attested copies of the ACRs/APARs of the applicant for the last five years.
(iii) A Certificate about the integrity of the officer recommended for appointment on deputation under CGHS.
(iv) Vigilance Clearance in respect of applicant duly signed by an officer of the appropriate status.
(v) Certificate of major/minor penalty imposed if any on the officer during the last ten years/service period whichever is less.
(vi) Bio-data
Incomplete application(s)/ received without above-mentioned documents will be summarily rejected. In case, application along with the requisite documents is not received within the stipulated time, it would be presumed that the parent organization is not in favour of appointment of the applicant on deputation. The Ministry will not be responsible for collection of above mentioned documents.