Applications are invited for Post of Pharmacist at RIMS 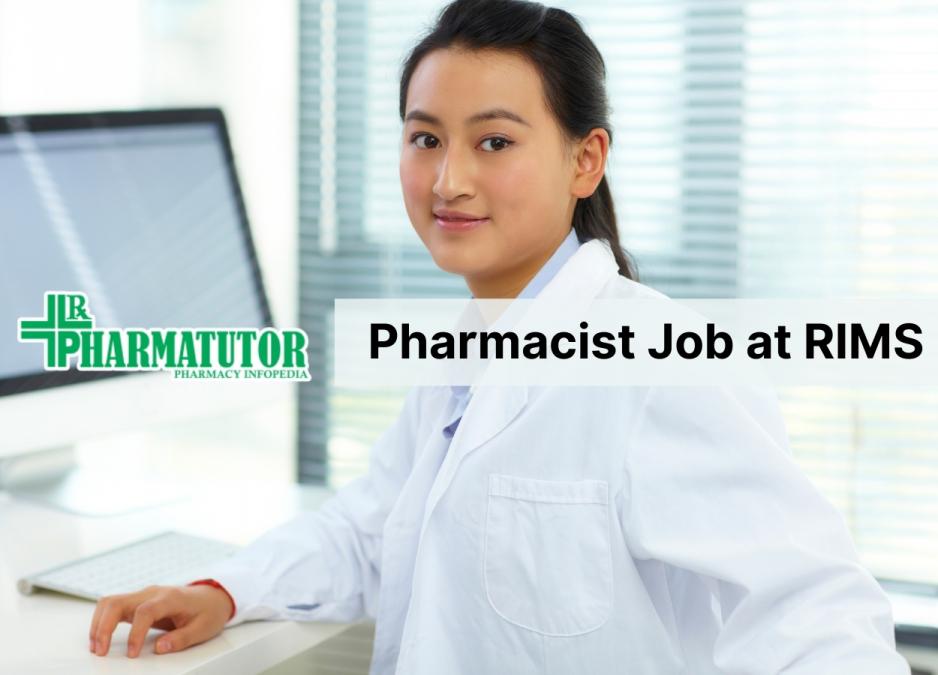 The Rajendra Institute of Medical Sciences (RIMS) is a Medical Institute of Ranchi University in Ranchi, the capital of Jharkhand, India. The college is an autonomous body established under an act of Jharkhand Assembly and is one of the premier medical colleges in the state and India.  The institute was established in 1960 and was originally called Rajendra Medical College Hospital after Rajendra Prasad, the first President of India. The Medical College Hospital came into existence in February 1965.Dr N.L. Mitra was the first principal of the college.

Other Instructions:
1. Terms : Posts are purely on contractual basis for one year or (ill the project continues whichever is the earlier. However, the appointment can be terminated at any time even before the end of the contract period due to any reason. Candidate can leave the job prematurely giving one month’s notice or one month’s salary in lieu of the same.
2. Application & Selection procedure: Candidate have to bring the fully filled application form at the time of interview with superscripted as “Application for the post of…………….. ” . The candidate needs to bring the Bio-data and the photo copy of the certificates duly self attested with the application form. One recent self signed passport sized colored photograph to be pasted on application form.
3. Qualifications , Degree and Experience should be as mentioned in the format.
4. The age limit is 20-50 years. (As per Jharkhand Govt, rule)

5. Other Instructions:
• These are purely contractual post and such will not have any claim whatsoever for regularization.
• During the period of the project as well as on its termination will have no legal liabilities relating to staff.
• If project will continue for more than one year then extension may be granted on the basis of job satisfaction.
• Contract can be terminated at any lime based if the performance of the candidate is found  un-satisfactory, his/her service can be terminated in that stage without giving a notice.
• Candidate will have no claim in future for the employment in RIMS.
• No TA/DA will be paid, neither for appearing in the interview nor for joining .