PATHOPHYSIOLOGY OF TUBERCULOSIS: AN UPDATE REVIEW

ABSTRACT
Tuberculosis is a hypersensitive granulomatous infectious disease caused by Mycobacterium Tuberculosis (M.TB).In India 40% people are affected by T.B. So need of knowledge about T.B.  and pathophysiology of T.B. to people or society. Pathophysiology means, when a human being or animal being suffering from a disease this is because deranged or change in function on that organ or human body.  Infection is caused by air- borne droplets of organisms person to person. The main object of this review is how to diagnose and how it is cure or treat. It is diagnosed by PPD, IGRA, Sputum studies, X-rays and Biopsies. Mostly antibiotics are preferred for the first treatment.

INTRODUCTION
Tuberculosis (TB) is an infectious disease caused by the bacillus Mycobacterium tuberculosis (Mtb). It is the most dangerous bacterial infection responsible for severe increase in death cases. The tubercle bacillus was discovered by Robert Koch in 1882. There are several reports indicating that tuberculosis (TB) is an age old dreadful disease even from ancient times.1 The disease was called "consumption" in the past because of the way it would consume from within anyone who became infected.

Tuberculosis is a chronic granulomatous infectious disease. Infection occurs via aerosol, and inhalation of a few droplets containing M. tuberculosis bacilli. After infection, M. tuberculosis pathogenesis occurs in two stages. The first stage is an asymptomatic state that can persist for many years in the host, called latent TB. (Kaufman, 2014)

In the year 1993, World Health Organization (WHO) declared TB a global public health emergency. About one-third of the world’s population (> 2 billion), are infected with TB bacilli. 10% of the people infected with TB bacilli will become sick with active TB in their lifetime.2,3 According to WHO report, global population with burden of disease caused by TB from 1990-2011 was 6948 million and total number of Multi-Drug Resistant (MDR) cases from 2005-2011 were 61690.3 In 2011, there were an estimated 8.7 million incident cases of TB (range, 8.3 million–9.0 million) globally. Highest numbers of incidences were reported in Asia (59%) and Africa (26%). Estimates of the burden of TB disease among children have also been carried out. The figures are 4,90,000s cases and 64,000 deaths among HIV-negative children per year. TB is one of the leading causes of death among women. 0.5 millions women succumbed to TB. This includes 3, 00,000 (range, 2, 50,000–3, 50,000) TB deaths among HIV-negative women. (Kaufman, 2014)
The burden of TB is highest in Asia and Africa. In 2011, largest number of cases was reported from India, China, South Africa, Indonesia and Pakistan. India and China alone accounted for 26% and 12% of global cases, respectively. Of the 8.7 million TB incident cases reported

Most cases of TB are caused by M. Tuberculosis and the reservoir of infection is humans with active TB.

Most cases of TB are pulmonary and acquired by person to person transmission of air-borne droplets of organisms. Oropharyngeal and intestinal TB contracted by drinking dairy milk contaminated with M. Bovis rarely seen nowadays and usually in countries with tuberculosis dairy cows and unpasturised milk. (Hachart et al., 2016)

Tuberculosis is a common disease prevalent through out the world. It is a chronic specific inflammatory infectious disease caused by Mycobacterium tuberculosis in humans. Tuberculosis usually attacks the lungs but it can also affect any parts of the body. (Alexander et al., 2015)

How is TB Transmitted (Hachart et al., 2016)
a. Person-to-person through the air by a person with active TB disease of the lungs.
b.  Less frequently transmitted by:
1. Ingestion of Mycobacterium bovis found in unpasteurized milk products or autoingestion.
2. Inoculation (in skin tuberculosis).
3. Transplacental route (rare route). 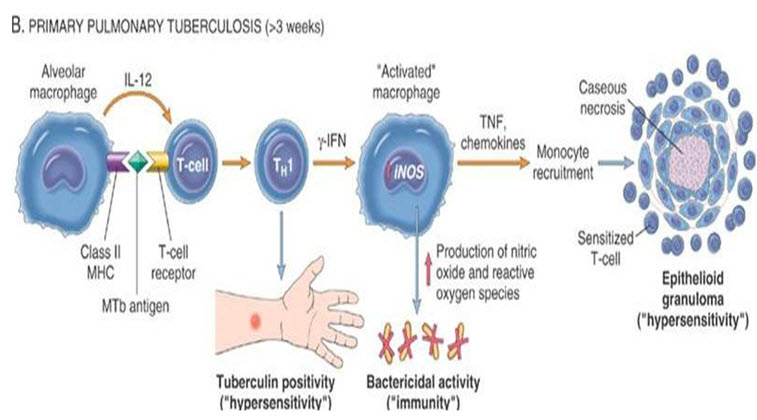 Act I
The War of Attrition
1.  MTB try to multiply while the host attempts to contain them within granulomas
2. With no or little immunity, there is greater lymphatic or hematogenous spread.
3. Control is through cell mediated Immunity.

Act II-The Sneak Attack
1. Act II Post-primary bronchogenic TB begins asymptomatically in the apices of the lung, at some distance from the site initial infection
2. It is part of latent TB since there are no clinical symptoms
3. Few numbers of MTB in modified alveolar macrophages drive accumulation of host lipids and mycobacterial antigens in an isolated section of lung in preparation for a sudden necrotizing reaction sufficient to produce a cavity further evolution of necrotic caseous pneumonia .

Act III-The Fallout
1. It is either coughed out to form a cavity or becomes surrounded by epithelioid cells and fibrosis.
2. This produces granulomatous inflammation and most clinical disease
3. Cavities form when caseous The stage encompasses the pneumonia softens, fragments and is coughed out of the body leaving a hole.
4. Pneumonia that is not coughed out remains to induce inflammation. It dries to become fibrocaseous tb . [3]

Symptoms of tuberculosis (Hunter et al., 2014)
If a patient has any of the following, consider him a 'Tuberculosis Suspect':
1. Cough for over 3 weeks.
2. Haemoptysis.
3. Pain in the chest for over 3 weeks.
4. All these can be due to some other diseases but sputum must be tested if any of the symptoms are present. Cough and sputum is very common everywhere. Much of this is due to acute respiratory infections and lasts only a week or two.
There is also much chronic cough due to chronic bronchitis (sometimes called 'Chronic Obstructive Pulmonary Disease' (COPD or other names). This is mostly due to tobacco smoking, but may also occur from atmospheric pollution (either due to cooking or heating fires or in some places due to industrial pollution). (Hachart et al., 2016)
General Symptoms:  (Hachart et al., 2016)
1. Loss of weight.
2. Fever and sweating.
3. Loss of appetite.
4. Breathlessness.

Laboratory Tests (Hunter et al., 2014)
TB test is theMantouxskin test (PPD) - a small amount of fluid (called tuberculin) is injected into theforearm just under the skin. –A health professional should read the test 48 to 72 hours after it is administered to check for a reaction. –If there is a reaction (swelling), more testing is done. –The Tine test (which uses a 4-pronged device) is no longer recommended because it is not as effective in delivering the proper amount of tuberculin under the skin. (Harries et al., 2016)

Fluorescent AFB Smear Using Auramine‐O Staining
1. Very sensitive, takes minutes to read
2. Not all that is fluorescent is AFB  (need a careful eye)
3. Chemical fluorescence, notan  immune stain or Direct Fluorescent  Antibody
4. Can be confirmed with ZiehlNeelson(ZN) smear.
5. “NAA testing should be performed on at least one respiratory specimen from each patient with signs and symptoms of pulmonary TB for whom a diagnosis of TB is being considered  but has not yet been established, and for whom the test result would alter case management  or TB control activities.”
6. NAAT should be performed on allnew AFB+  sputum specimens. 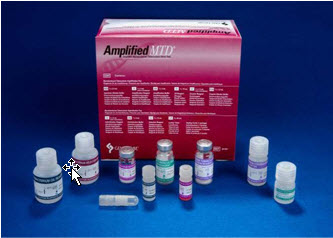 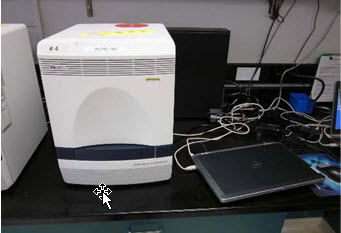 AFB Culture Test
1. More sensitive than AFB smear
2. 10 AFB/ml can produce a positive result, whereas AFB smear needs 10,000 AFB/ml
3. Culture may be AFB positive even if smear was negative for AFB.

Treatment (Hachart et al., 2016)
The standard four medications (yes, all at once) for starting treatment for TB in the US are:
• Isoniazid(INH)
• Rifampin
•Pyrazinamide(PZA)
• Ethambutol
Ok, so you take your pills –For 6-8 months.

CONCLUSION
Tuberculosis (TB) is an infectious disease caused by the bacillus Mycobacterium tuberculosis (Mtb). Tuberculosis is a chronic granulomatous infectious disease. Infection occurs via aerosol, and inhalation of a few droplets containing M. tuberculosis bacilli. Most cases of TB are pulmonary and acquired by person to person transmission of air-borne droplets of organisms. It can be diagonised by PPD, IGRA, Sputum studies, X-rays and Biopsies. Some antibiotics such as
• Isoniazid(INH)
• Rifampin
• Pyrazinamide(PZA)
• Ethambutol are therapeutically used.