ORPHAN DRUGS IN INDIA AND CHALLENGES

Orphan drugs are medicinal products intended for diagnosis, prevention or treatment of life-threatening or very serious diseases or disorders that are rare. In USA, the Orphan Drug Act was passed in 1983 to give drug companies incentives to develop treatments for rare diseases. India does not have laws on orphan drugs though CDSCO defined orphan drugs as those intended to treat a condition which affects fewer than 200,000 people. 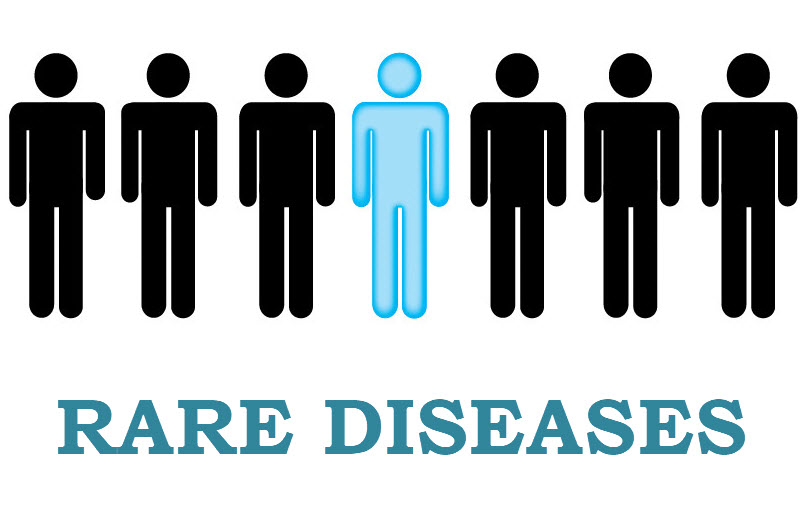 Diagnosis of rare diseases
Diagnosis of a rare condition may take upto several years, owing to difficulty in diagnostic modalities and lack of awareness among doctors. For many rare diseases, no diagnostic method exists, or diagnostic facilities are unavailable. Traditional genetic testing can only address a few genes at a time. As a result, physicians must often provide their best guess on which genes to investigate. If the test is negative, further testing will be required, which is an expensive and time- consuming process. There is a lack of awareness about rare diseases in general public as well as in the medical profession. Many doctors lack appropriate training and awareness to be able to correctly and timely diagnose and treat these conditions. According to a recent report, it takes patients in United States (US) an average of 7.6 years and patients in United Kingdom (UK) an average of 5.6 years to receive an accurate diagnosis, typically involving as many as eight physicians (four primary care and four specialists). In addition, two to three misdiagnoses are typical before arriving at a final diagnosis. Delay in diagnosis or a wrong diagnosis increases the suffering of the patients exponentially. There is an immediate need to create awareness among general public, patients and their families and doctors, training of doctors for better diagnosis, standardisation of diagnostic modalities, developing of new diagnostic tools and investment in gene therapy.

Challenges in research and development
A fundamental challenge in research and development for the majority of rare diseases is that there is relatively little known about the pathophysiology or the natural history of these diseases. Rare diseases are difficult to research upon as the patient pool is very small and it often results in inadequate clinical experience. Therefore, the clinical explanation of rare diseases may be skewed or partial. The challenge becomes even greater as rare diseases are chronic in nature, where long term follow up is particularly important. As a result, rare diseases lack published data on long-term treatment outcomes and are often incompletely characterised.

This makes it necessary to explore international and regional collaborations for research, collaborations with the physicians who work on any rare disease and with patient groups and families dealing with the consequences of these disorders. This will help gain a better understanding of the pathophysiology of these diseases, and the therapeutic effects that would have a meaningful impact on the lives of patients. There is also a need to review and where possible modify, clinical trial norms keeping in mind the particular challenges in rare diseases, without compromising on the safety and quality of the drugs or diagnostic tools.

Unavailability of treatment
Availability and access to medicines are important to reduce morbidity and mortality associated with rare diseases. Despite progress in recent years, effective or safe treatment is not available for most of the rare diseases. Hence, even when a correct diagnosis is made, there may not be an available therapy to treat the rare disease. There are between 7000 - 8000 rare diseases, but less than 300 have therapies available to treat them. About 95% rare diseases have no approved treatment and less than 1 in 10 patients receive disease specific treatment. Where drugs are available, they are prohibitively expensive, placing immense strain on resources of families, health systems and donor agencies alike.

Prohibitive cost of treatment
As the number of persons suffering from individual rare diseases is small, they do not constitute a significant market for drug manufacturers to develop and bring to market drugs for them. For this reason, rare diseases are also called ‘orphan diseases’ and drugs to treat them are called “orphan drugs”. Where, they do make drugs to treat rare diseases, they sell them at extremely high costs, to recoup the cost of research and development. At present very few pharmaceutical companies are manufacturing drugs for rare diseases globally and there are no domestic manufacturers in India. Due to the high cost, the government has not been able to provide these drugs for free. It is estimated that for a child weighing 10 kg, the annual cost of treatment for some rare diseases, may vary from Rupees 18 Lakhs to 1 crore 70 lakhs.

Further, the methodology for evaluating treatment of rare diseases is often still in experimental phase, impeding assessment of clinical relevance and cost effectiveness. Several countries have through legislation like Orphan Drug Act (ODA), provided incentives to drug manufactures to encourage them to manufacture drugs for rare diseases. The most powerful incentive for drug manufacturers is the grant of 7 to 10 years of exclusive marketing rights including protection from imports, if a drug gets ‘orphan drug’ status. This means that pharmaceutical companies can price their drugs without fear of competition. This has changed the nature of drug development. The number of requests for orphan drug designation has quadrupled since 2000. The result has been a boom in drug sales and profits. In fact, almost a third of drugs for rare diseases now exceed £1bn in annual sales. The global orphan drugs market is expected to reach £144bn by 2020, and account for 19% of total branded prescription drug sales. The average price of a drug for rare diseases exceeds $100,000 a year.

According to reports, while legislations on orphan drug development, like the US Orphan Drug Act, have facilitated development of orphan drugs, they have not been able to check the prices of these drugs, which has led to grave concerns for health system sustainability. For instance, the cystic fibrosis drug, Kalydeco (ivacaftor) is priced at £14,000 per patient per month. In fact, each one of the world's 10 most expensive drugs, is a drug to treat some rare disease, with Soliris (eculizumab) being the most expensive at £340,000 per patient per year.

Although these drugs are prescribed to fewer patients, their extremely high prices can result in revenues equivalent to traditional blockbuster drugs. Publicly listed pharmaceutical companies that are orphan drug market authorisation holders are associated with higher market value and greater profits than companies not producing drugs for rare diseases.

Over the years many drugs have won ‘orphan drugs’ status even if they are not new or represent a scientific breakthrough. An inexpensive off-patent drug approved by the FDA for one condition, but widely prescribed as an “off-label” treatment for a rare disease, can be transformed into a big moneymaker. The accompanying 7 to 10 years of monopoly status can mean large price hikes for a drug that was already in wide use. For instance, older medicines for rare diseases like imatinib used to treat chronic myloid luekemia can cost over USD 100,000 a year in developed countries. In India, public health safeguards in the patent law that restrict evergreening patents have allowed Indian generic manufacturers to manufacture and supply this drug at far lower prices. The exorbitant prices of drugs for rare diseases has led to concerns even in the developed countries about maintaining sustainability of the rare diseases funding/reimbursement programmes.

The exorbitant prices have led to calls for transparency in setting prices of drugs and for price control and have even prompted scrutiny and congressional inquiries. This should be a matter of careful consideration for any legislative or policy measures adopted in India for promotion of drug development for rare diseases. There is a pressing need for multipronged strategies to make drugs more affordable – by taking measures to lower the prices of drugs, encourage generic and local manufacturing of drugs and encourage PSUs to manufacture drugs for rare diseases.

Skyscraping Pricing – Increasing opportunities
Every time, high drug prices are not due to patent of medicines. Just remember Infamous Martin Shkreli, who purchased Turing Pharmaceuticals which is involved in production of Daraprim and subsequently hiked price of medicine by 5500 percent. The world took note on that price hike. It became a hike controversy when Turing raised the price of a dose of Daraprim in the U.S. market from US$13.50 to US$750.

Patients whose liver does not produce one of the two primary bile acids and results in a critical condition that causes neurological problems, seizures and even dementia. For the past half century, it was relatively easy to treat such patients at a cost of €500 per annum by using Chenofalk (chenodeoxycholic acid), an off-label drug. In 2008, Leadiant acquired the rights to Chenofalk, and developed its own version, known as CDCA Leadiant. Then, very smartly in 2014, it got the EU to classify its version as an “orphan drug”, giving Leadiant exclusive marketing rights for 10 years. Immediately thereafter, it jacked up the price of CDCA Leadiant to about €150,000 for a year’s treatment.

Cydan, which helps launch startups focused on orphan-drug development, have decided to steer clear of them. That strategy is beginning to pay off. According to Adams, the company has successfully spun out three startups. The first of these, Vtesse, launched in January 2015 to develop a treatment for Niemann-Pick type C, a rare lysosomal storage disorder, using sugar molecules called cyclodextrins. It was acquired by Sucampo Pharmaceuticals for $200 million last April 2017.

India does not have laws on orphan drugs as yet but the draft rules released by the health ministry on a regulatory framework for clinical trials. Higher numbers of patients from India should make the pharma companies to invest more in orphan drugs. So far, USA has developed over 200 drugs and biological products to treat orphan diseases since orphan drugs act passed.