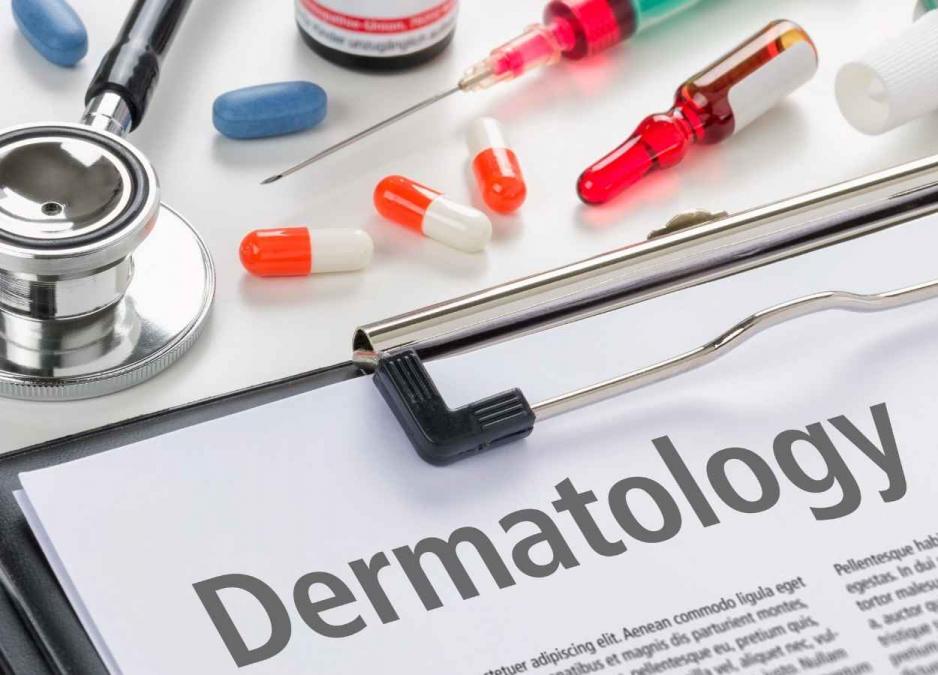 Abstract
• Aim of the study
The present study was designed to determine the drug utilization pattern and analysis of anti-fungal drugs used by dermatology doctors in Kolhapur district.
• Material and methods
Prospective, observational study, cross sectional study, questionaries, analysis.
• Study site
Some dermatology doctor’s, chemist, multi-speciality hospital’s present in Kolhapur district.
• Sample size
Maximum 30 doctor’s, 30 chemist and 200 case study prescription
• Study duration
January 2021 to February 2021,
After taking prior permission with doctor’s, chemist and committee’s permission, the prescriptions were analysed for common skin conditions drug utilization and analysis.
• Result
This prospective, record based, observational study was carried out in Dermatology department in Kolhapur in between January 2021 to February 2021. Patients diagnosed with fungal disorder by dermatologist were included in study as per inclusion Criteria. Data were collected and analysed for drug utilization pattern, prescribing indicators and cost. Total 30 doctor’s 30 chemist and 200 patients were included for the analysis. Combination therapy was most commonly prescribed than monotherapy. Most commonly prescribed antifungal agent was Itraconazole (24.21%) Ketoconazole (13.36%) and Antihistaminic agent was levocetirizine (11.00%). Average number of drugs prescribed per encounter was 3.18%. Drugs prescribed by generic name was 0%. Percentage of drugs prescribed from national list of essential medicine was 38.88%. Antifungal drug was available some % discount on outside pharmacy but not on hospital pharmacy.
• Conclusion
The dermatological prescription analysis gives a message to the prescribing Physician to achieve rational, cost effective medical care and will be prescribed by their name.

Introduction
General Background :
Skin is the part of integumentary system that constitutes the largest organ of   human body and thus it is exposed to injury by various extrinsic factors such as environmental, chemical, infectious agents as well as intrinsic factors such as metabolic, genetic and immunological. Skin diseases are common and cause a huge disease burden globally. Collectively skin is the 18th leading cause of health burden worldwide and it was 4th leading cause of nonfatal health burden in 2010 globally. The skin disorders constitute  2% of total Out Patient Department (OPD) consultations worldwide. Skin diseases in developing countries have a serious impact on people's quality of life. Some of the common skin disorders include eczema, psoriasis, acne vulgaris, pruritus, alopecia areata, decubitus ulcer, urticaria, scabies, fungal skin diseases, impetigo, abscess, and other bacterial skin diseases, cellulitis, viral warts, molluscum contagiosum, non-melanoma skin cancer, pyoderma, dermatitis etc.

It affects individuals of all ages, neonates to elderly. Owing to its chronic nature, it causes serious impact on quality of life and financial status of the sufferer and his family. The problem gets compounded with the inappropriate and irrational use of medicines. Periodic prescription audit in form of drug utilization study is a way to improve the superiority of prescription and reduce the hazard of irrational prescribing which has become a global phenomenon. Fungal infections are extremely common in the tropical region like Nepal, India and some of them are serious and even fatal. These infections usually occur as a result of decrease in natural defenses (immune compromised, critically ill, advanced age, use of immunosuppressive drugs) or opportunistic heavy exposure to the fungus. Fungal infection is due to the countries hot and humid climatic conditions, economic (poor hygiene) and social (overcrowding) are known to adversely influence the course of the infections. These fungi have the capability to produce keratinase, which allow them to metabolize and live on human keratin like skin, hair and nail. They produce diverse human infections ranging from superficial skin infection to internal organ invasion (systemic diseases).Superficial fungal infections are not life threatening, but associated with a significant decrease in quality of life. They can be very uncomfortable and may spread to other individuals or become invasive. Most of the superficial and subcutaneous fungal infections are treated by antifungal drugs but the cases of resistance are on the rise. 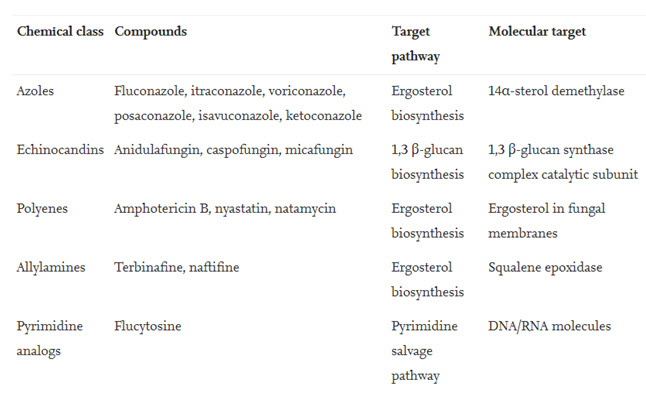 The antifungal drugs presently available fall into these categories – oral or parental for systemic infections, oral and topical drugs for mucocutaneous infections. Amphotericin B was the only effective antifungal drug available for systemic use for a number of years, but because of toxicity and drug resistance;
now its use is limited. There has been a major increase in the prescription of antifungal agents after the introduction of fluconazole into the market in the late 1980s, and again in late 1990s So, pharmacotherapy of fungal disease has been revolutionized by the introduction of the relatively nontoxic oral drugs, combination therapy and new formulations of older agents. Unfortunately, the appearance of azoles resistant organisms, as well as the rise in the number of patients at risk for mycotic infections, has created new challenges.
The data regarding pattern of drug used in country, particularly in dermatology department are very limited. Among these, many of which draw on previously unavailable prescription claims databases. Thus, I aimed to update this review. Hence, this study was carried out to find out and evaluate the drug utilization pattern and cost analysis of anti-fungal drugs used in dermatology department Kolhapur. 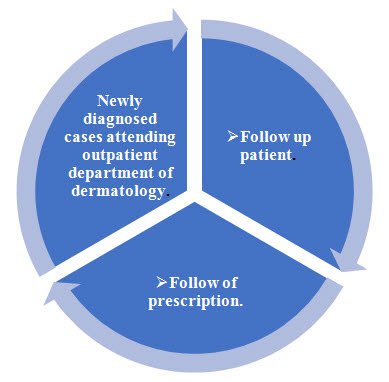 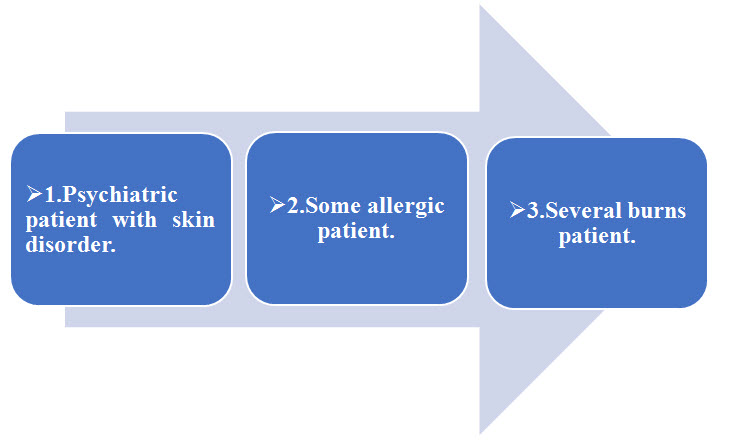 Data collection method and tool:
Data will be collected by reviewing prescription paper and required information will be recorded using a structured data collection sheet prepared for study. 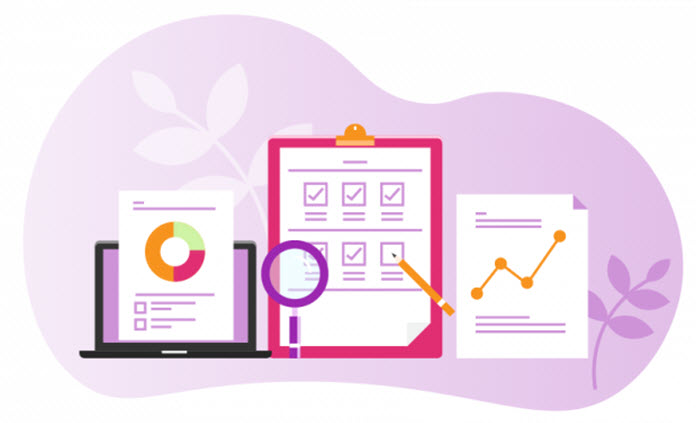 Procedure:
• Firstly, Permission was taken from dermatology departmental clinic and chemist association.
• This prospective study was carried among dermatological disorder patient attending the tertiary care hospital by assessing patient’s records and prescription from dermatology department.
• The prescription sheet of skin diseases patients, was analysed individually.
• The data entry was started immediately after the completion of data collection.
• The collected data were checked, verified and then it was entered into the data sheet. Data was analysed manually/by using MS excel 2013.
• The test statistics used to analyse the data was descriptive statistics.
• The prescriptions were analysed with the help of descriptive statistics and results was expressed in percentage. 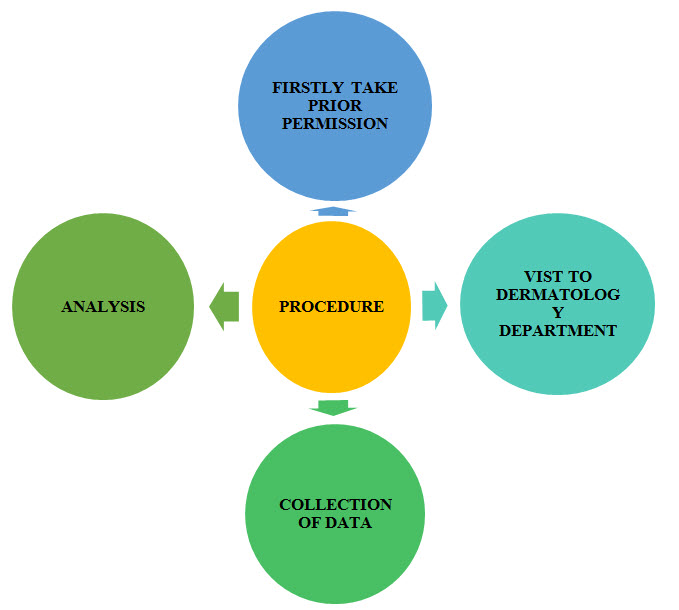 Result
This prospective, record based, observational study was carried out in Dermatology department in Kolhapur in between January 2021 to February 2021. Patients diagnosed with fungal disorder by dermatologist were included in study as per inclusion Criteria. Data were collected and analysed for drug utilization pattern, prescribing indicators and cost. Total 30 doctor’s 30 chemist and 200 patients were included for the analysis. Combination therapy was most commonly prescribed than monotherapy. Most commonly prescribed antifungal agent was Itraconazole (24.21%) Ketoconazole (13.36%) and Antihistaminic agent was levocetirizine (11.00%). Average number of drugs prescribed per encounter was 3.18%. Drugs prescribed by generic name was 0%. Percentage of drugs prescribed from national list of essential medicine was 38.88%. Antifungal drug was available some % discount on outside pharmacy but not on hospital pharmacy. 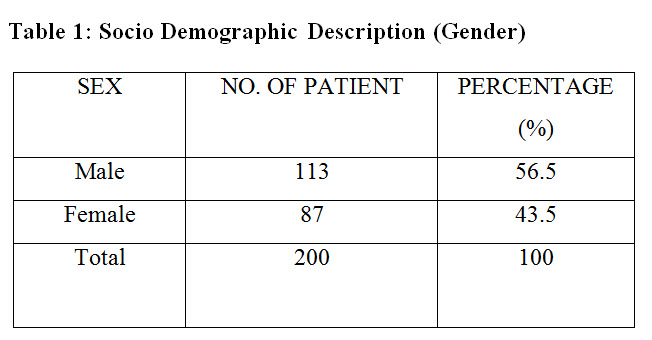 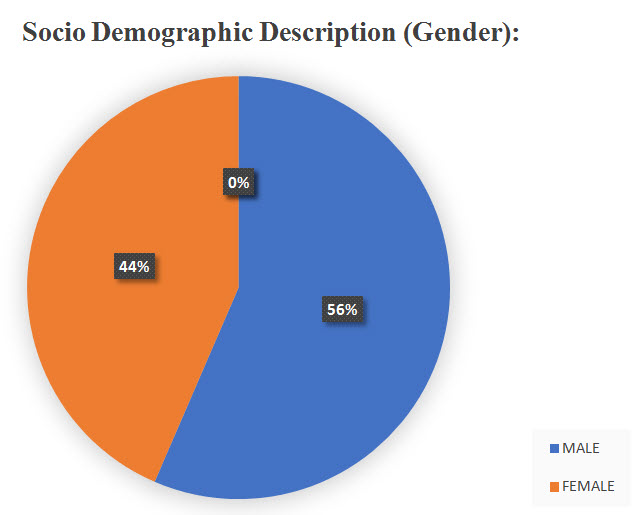 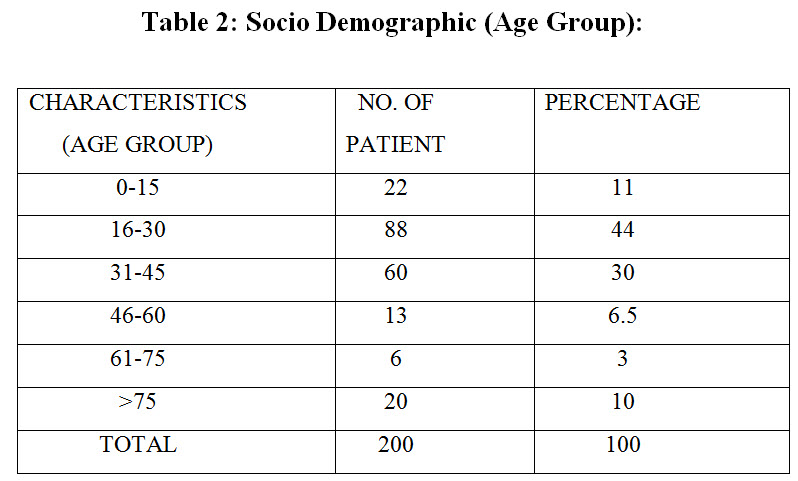 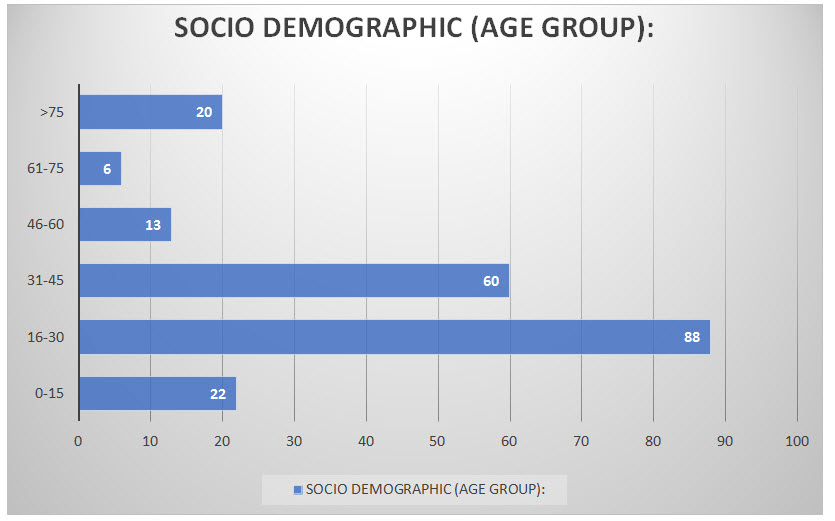 Patients of age group (16-30) years are highest in no. whereas patient’s > 75 years are lowest in number 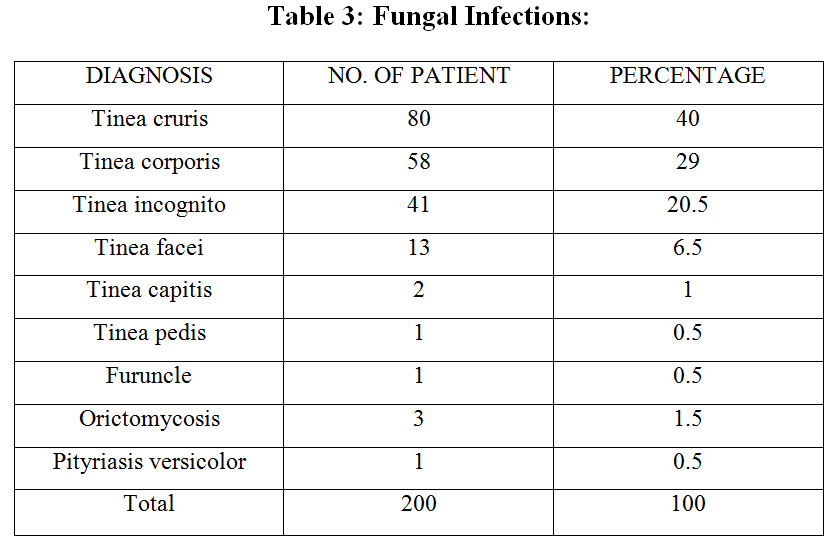 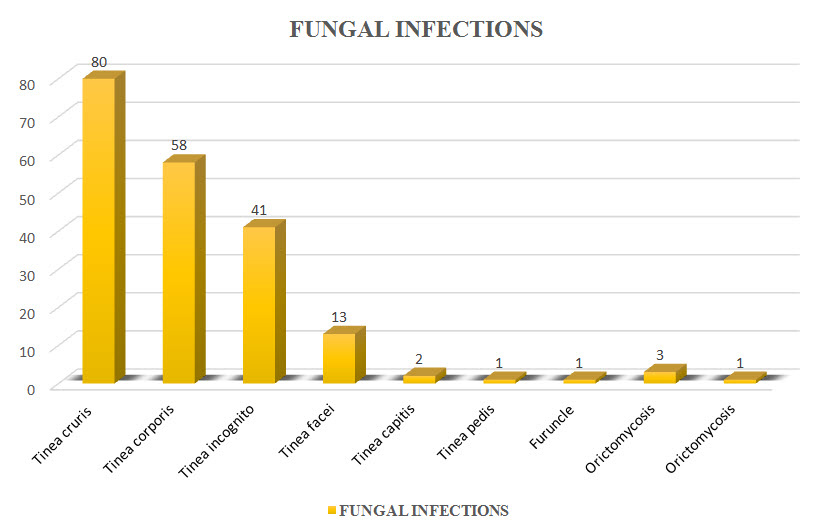 Most number of patient’s are infected by Tinea cruris 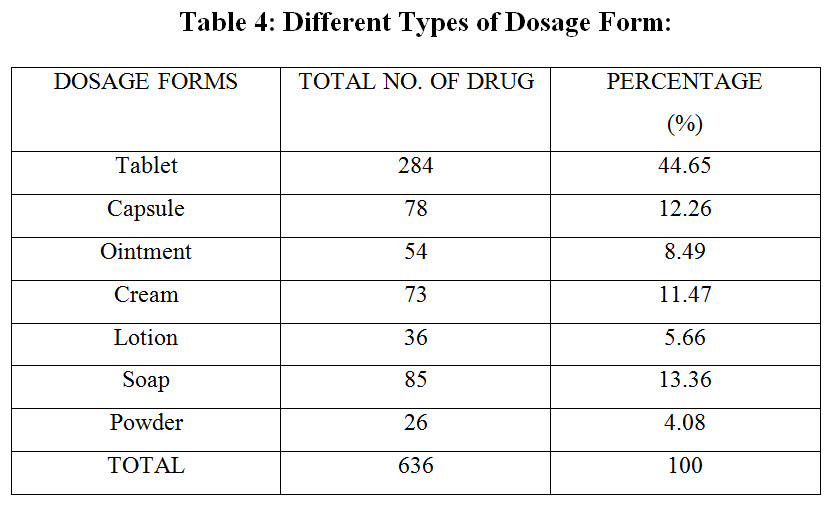 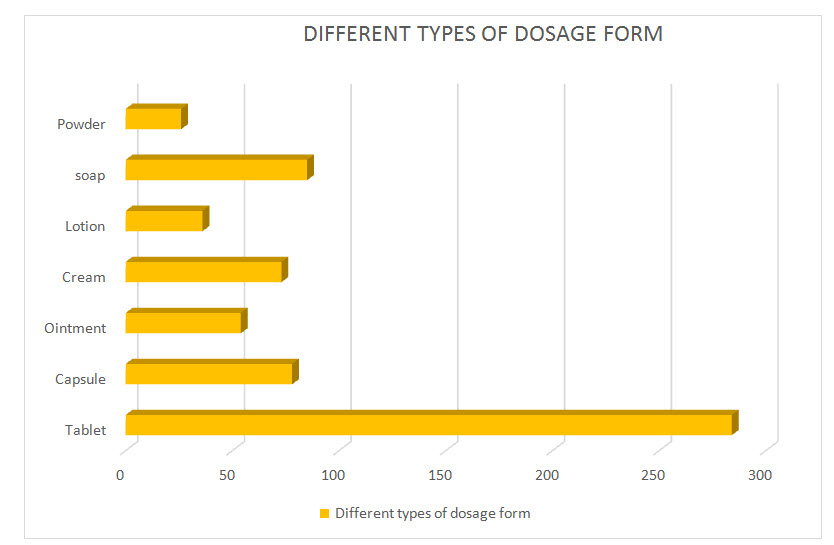 Tablets are most commonly prescribed among 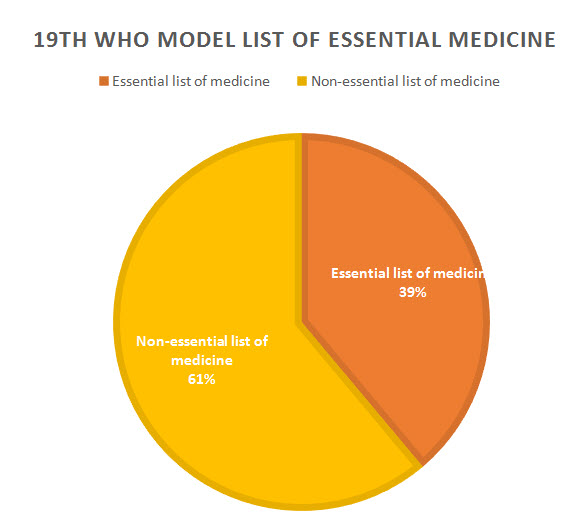 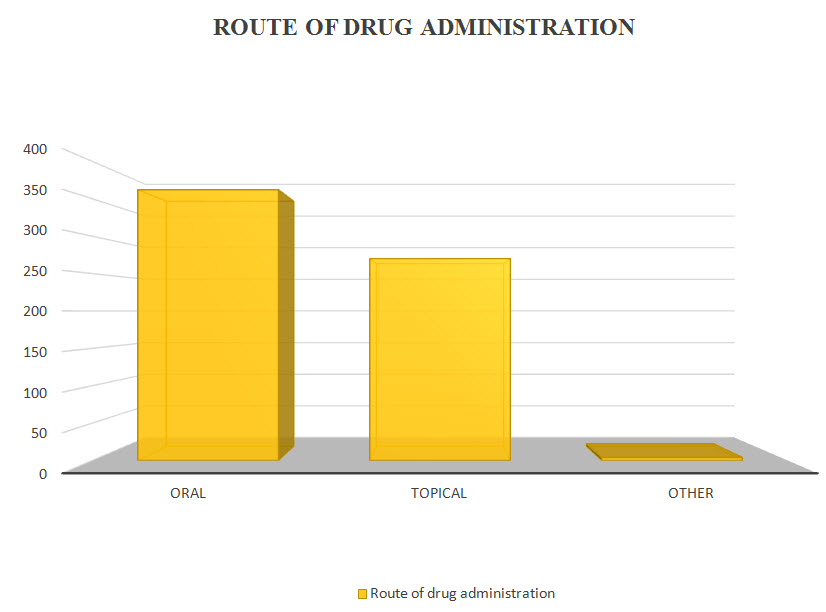 The oral route of administration is mostly preferable than another route 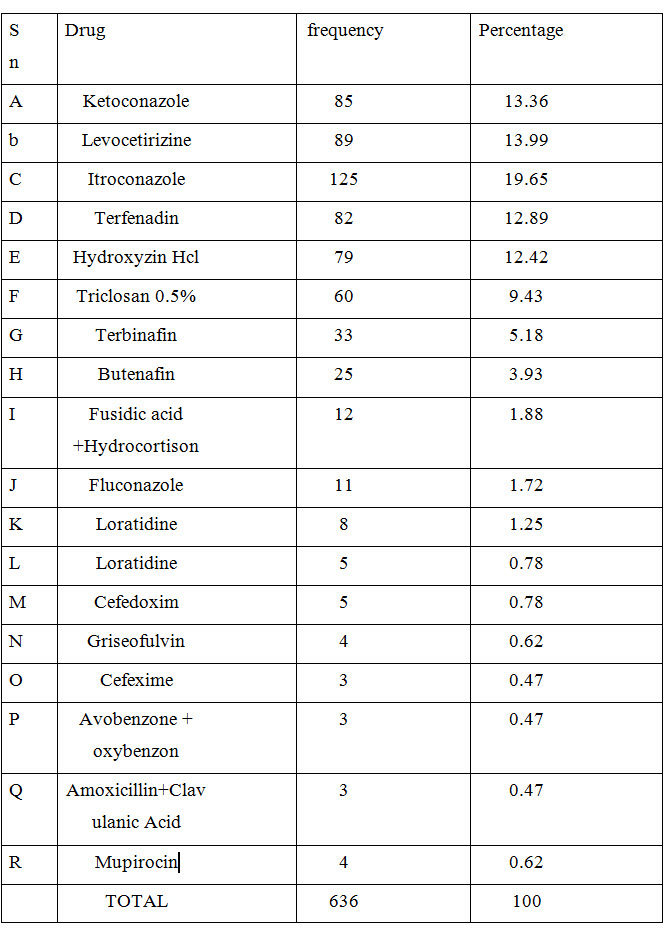 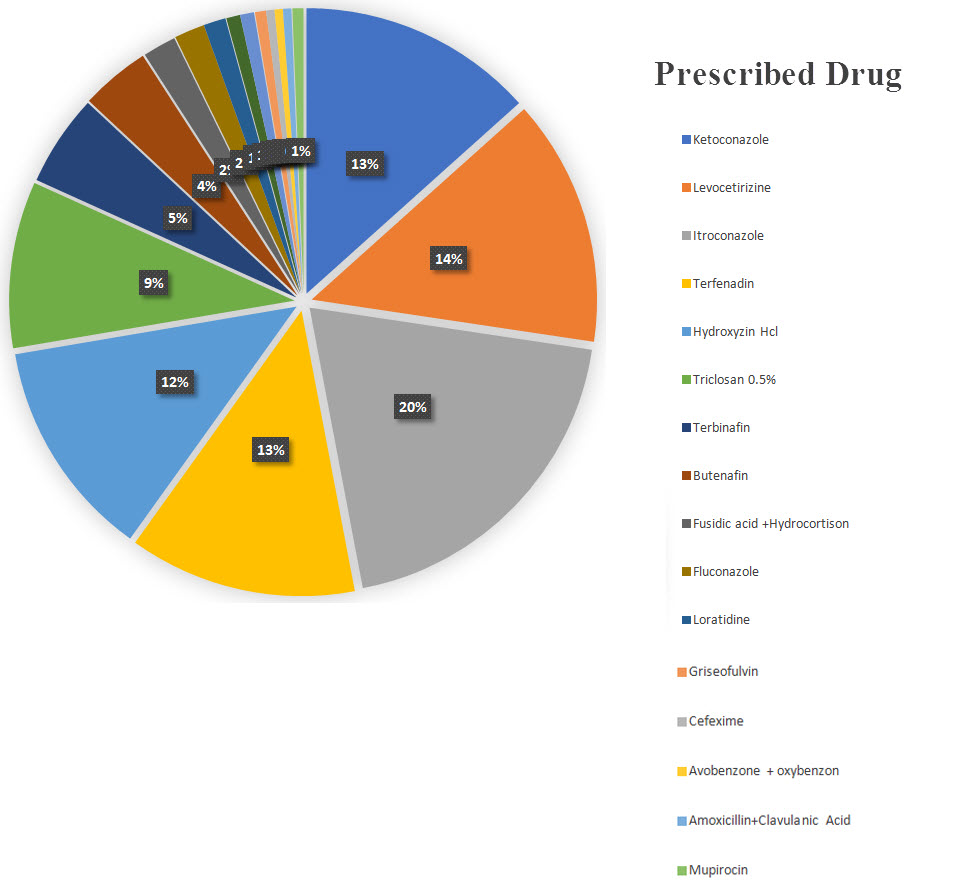 Most preferable drug by dermatologist was found to be itraconazole

Table 8 : Classification of drug was prescribed 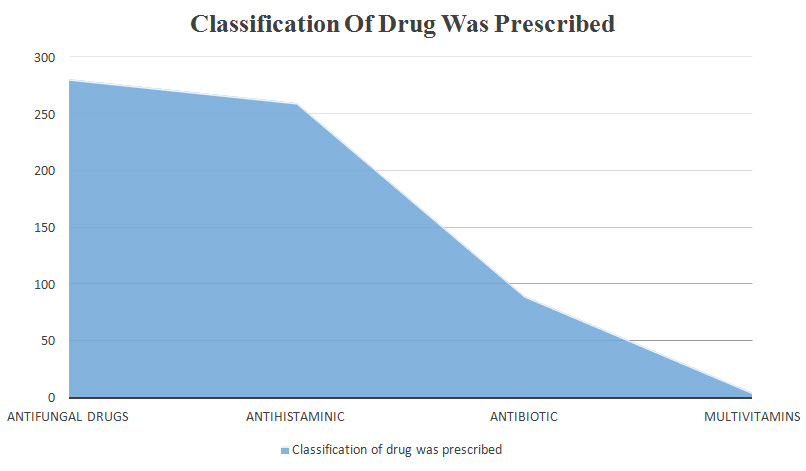 Conclusion : The therapy provided in the above prescriptions were efficacious but there is a need to emphasize to  all prescribers to adhere to the prescription format, to keep the average number of drugs per prescription as low as possible, encourage prescribing by generic name and from essential drug list which should be updated regularly and made available to all the physicians. Proper dosage form, frequency of administration and duration of therapy should be mentioned in all prescriptions to reduce the cost of treatment. Various intervention strategies like introduction of hospital formulary, essential drug list and prescription control (setting a level up to which a particular prescriber can be permitted to prescribe anti-microbial, immunosuppressant etc.) by institutional regulatory authorities should be planned. There is a clear need for development of standard treatment guidelines and educational initiatives to encourage the rational and appropriate drug use. This study suggests that there is immense scope of improvement in prescribing in this department. The study also suggests that to the patient buy drugs from outside pharmacy to get some percentage discount. 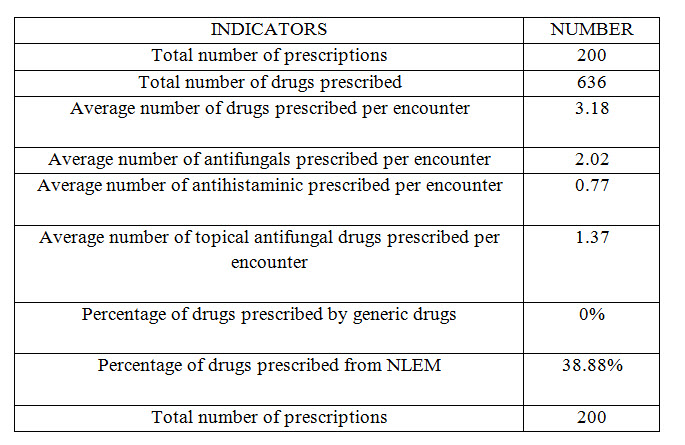