ASSESS THE CLINICAL USAGE OF NEBULIZATION THERAPY AND ANTIBIOTICS IN IN-PATIENTS WITH CHRONIC OBSTRUCTIVE PULMONARY DISEASE: A RANDOMIZED PROSPECTIVE STUDY AT A TERTIARY CARE TEACHING HOSPITAL

Table 12: Changes in O2 Saturation Before and After Nebulization therapy in COPD (%) 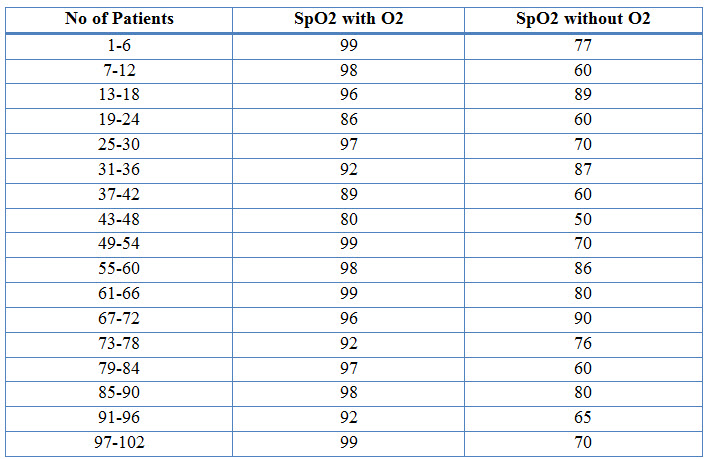 Figure 11: Line Presentation Of Changes In O2 Saturation Before And After Nebulization In COPD (%)

Table 14: One-Sample Statistics of SpO2 with out O2

Thus, it was found to be irrational use of the drugs as two drugs per encounter is the rational use of drugs as per Prescription studies.
The age group between 21-90 years were admitted during the period of study. The age group between 21-30 years were found to be 4% where as in the study conducted previously only above 40 years of age were admitted during their period of study. The majority of patients were between 71-80 years age group (30%).
The sex wise distribution resulted that majority of the patients was of male sex which was as high as 84%. The females accounted for around 16%. Male to female ratio observed in our study is 5:1. This confirms the finding of the previous study conducted that males accounted for the majority of the disease burden which was as high as 87.5% (Sajesh Kalkandi Veettil et al., 2014).

The Alcoholic status distribution resulted that majority of the patients were Non-Alcoholic 73% and Alcoholics accounted for around 27%.

As per the survey done in the previous study, the common risk factors into focus were smoking, alcoholism and tobacco consumption. It was seen that 37% of the patients had smoking status (Maryam Mahmoodan et al., 2017). Where as In present study, the smokers accounted for around 41% and non-smokers accounted for 59% making smoking as a potential risk hazard for COPD patients.

In present study, the culture sensitivity test was performed in COPD patients. Among the study population, 24% were positive towards culuture sensitivity test, Out of which Candida Albicans was found in 6 patients (25%) and Klbesiella Pneumonia was found in 18 patients (75%). Whereas Candida albicans (16%) and Pseudomonas aeruginosa (4.6%) were the most common microorganisms isolated from sputum samples in previous study (Aswathy Unni et al., 2015).

Since, COPD requires extensive treatment, different classes of drugs used in the treatment were also assessed in the present study. Among them, Bronchodilators were mostly prescribed (96%). When compared to the study conducted by Maryam Mahmoodan et.al, our results were not in accordance, as the use of Corticosteroids was higher in that study (21.9%). Deriphylline was the most prescribed methylxanthine (13.9%).

Antibiotics were used in 92.1% of patients which may be an indicator of the prevalence of infections among the patients admitted with acute exacerbation of COPD in different demographic areas (Sajesh Kalkandi Veettil et al., 2014). The most commonly used antibiotic is Magnex Forte accounting for about 41.1%.

Corticosteroids remain a standard of care for Acute exacerbation of COPD,  secondary to their documented efficacy in improving air flow and gas exchange (increasing FEV1 and PaO2) as well as improving dyspnea, hasten recovery, and reducing length of hospitalization and rate of relapse at 30 days. In the previous study, the Systemic Corticosteroids are efficacious in the treatment of COPD and is considered as the standard care for COPD patients (Woods JA et al., 2014). The Corticosteroids accounted for about 66.6% which included the IV injection of Hydrocortisone and relatively the same percentage of Prednisolone. Therefore in our study, the use of Systemic Corticosteroid is used as an additional therapy to treat COPD along with different medications.

The majority of the drugs are taken as Orals than the Inhalers, Nebulizers and Injections which accounted for 53%, 2%, 12% and 33% respectively. In the previous study the most preffered Route of Administration is Injections, and they state that, the possible reason for the use of high amount of injectables could be beliefs and attitudes of patients and physicians about the high efficacy of injections as compared to oral medications (Dr. R. Kothai et al., 2017). The use of Nebulization therapy was preferred over Inhalational therapy as the formulation of Nebulizers account around 12% and Inhalers around 2%. Despite several known drawbacks associated with Nebulized therapy it is recommended that maintenance therapy with Nebulizers should employed in elderly patients and those with physical (or) cognitive limitations (Dhand R et al., 2012) as it is easy to use and results in a positive manner than Inhalational therapy.

CONCLUSION
In our present study we performed a Randomized, Prospective and Observational study on patient cohort in Gleneagles Global Hospital to evaluate the following:
• The Observational study was conducted in 102 patients to assess the efficacy of Nebulization and Antibiotic therapy in COPD patients. During the study, the SpO2 levels were monitored and recorded as the parameter to assess the efficacy of the Nebulization therapy. After the study, it was founded that 92% of individuals showed a positive response to the Nebulization therapy as their SpO2 levels recovered in the normal ranges.
• During study, the culture sensitivity test was performed in COPD patients. Among the study population, 24% were positive towards culture sensitivity test, Out of which Candida Albicans was found in 6 patients (25%) and Klbesiella Pneumonia was found in 18 patients (75%).
• Poverty and illiteracy lead to increase number of COPD patients as they use OTC and Non-Pharmacological methods to avoid the economic burden of hospitals. During the study, we counseled the patients and provided some knowledge about the disease so as to avoid irrational use of drugs and increase risk of COPD.
• Further study can be done using Spirometry as a diagnostic tool. The study related to adverse effects, associated with prescribed drugs, for treating COPD can be done for optimization of the therapy.
• Duolin belonging to the class of Bronchodilator was found to be the most commonly used Nebulizer in COPD patients. Magnex Forte which is a combinational antibiotic was most commonly used Antibiotic in In-patients with COPD.
• The Alcoholic status distribution resulted that majority of the patients were Non-Alcoholic 73% and Alcoholics accounted for around 27% smokers accounted for around 41% and non-smokers accounted for 59% making smoking as a potential risk hazard for COPD patients.


Thus from our study we have concluded that the Nebulization therapy had more clinical improvements. The addition of corticosteroids had decreased the patient stay in hospital. Antibiotics added to the treatment decreased the frequency of exacerbations. The patient should be educated about the rational use of the drug to decrease risk of COPD.