A blood test that can predict with 90 percent accuracy if a healthy person will develop mild cognitive impairment (MCI) or Alzheimer’s disease (AD) within three years has been discovered and validated by researchers at Georgetown and six other institutions. They discovered and validated 10 lipid biomarkers out of which 2 are strongly associated with neuropathology of AD.

Currently, there is no cure or effective treatment for AD according to the World Health Organization and it is expected to double every 20 years worldwide – from 35.6 million individuals in 2010 to 115.4 million by 2050.

The discovery heralds the possible development of earlier treatment options for AD, when therapy could be more effective at slowing or even preventing onset of the disease.

“Our novel blood test offers the potential to identify people at risk for progressive cognitive decline and can change how patients, their families and treating physicians plan for and manage the disorder,” says the study’s corresponding author, Dr. Howard J. Federoff who is executive vice president of health sciences at Georgetown University Medical Center.

Federoff, also a professor of neurology, explains there have been many efforts to develop drugs to slow or reverse the progression of AD, but all of them have failed. He says one reason may be the drugs were evaluated too late in the disease process. 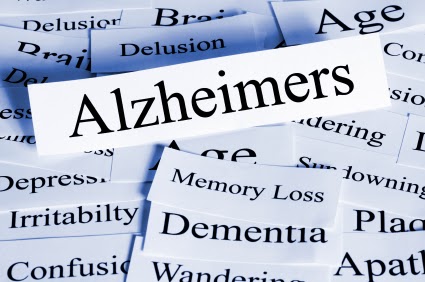 “The preclinical state of the disease offers a window of opportunity for timely disease-modifying intervention, and biomarkers defining this asymptomatic period are critical for successful development and application of these therapeutics,” says Federoff.