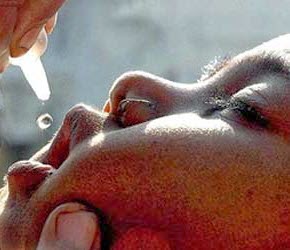 On thursday, 27th march 2014, the World Health Organisation (WHO) presented official certification to India for its ‘Polio Free’ status. India is among other countries in its South East Asian region which have been certified as being free of the wild polio virus. Ghulam Nabi Azad, health minister of India, received the official certificate from WHO.

This achievement makes the South-East Asia Region, the fourth WHO Region to be certified as polio-free, after the Region of the Americas in 1994, the Western Pacific Region in 2000 and the European Region in 2002.

19 years ago in 1995, India began program to fight against polio, named as pulse polio, when this disease was affecting more than 50000 children every year. Pulse Polio was an immunisation campaign established by the government of India to eradicate poliomyelitis from India by vaccinating all children under the age of five years. The last reported cases of polio in India were in West Bengal and Gujarat on January 2011.

On this great acquirement, Shri Azad expressed happiness and satisfaction at the historic public health achievement which seemed impossible with India having the highest burden of Polio cases in the world. He stated that India has been polio free since January 2011. Team of 2.3 million polio volunteers and 150,000 supervisors worked together day and night to reach every child. He also stated that this unbelievable operational feat has been possible due to the tireless efforts of over a million ASHAs and ANMs who gave a new momentum to polio rounds.