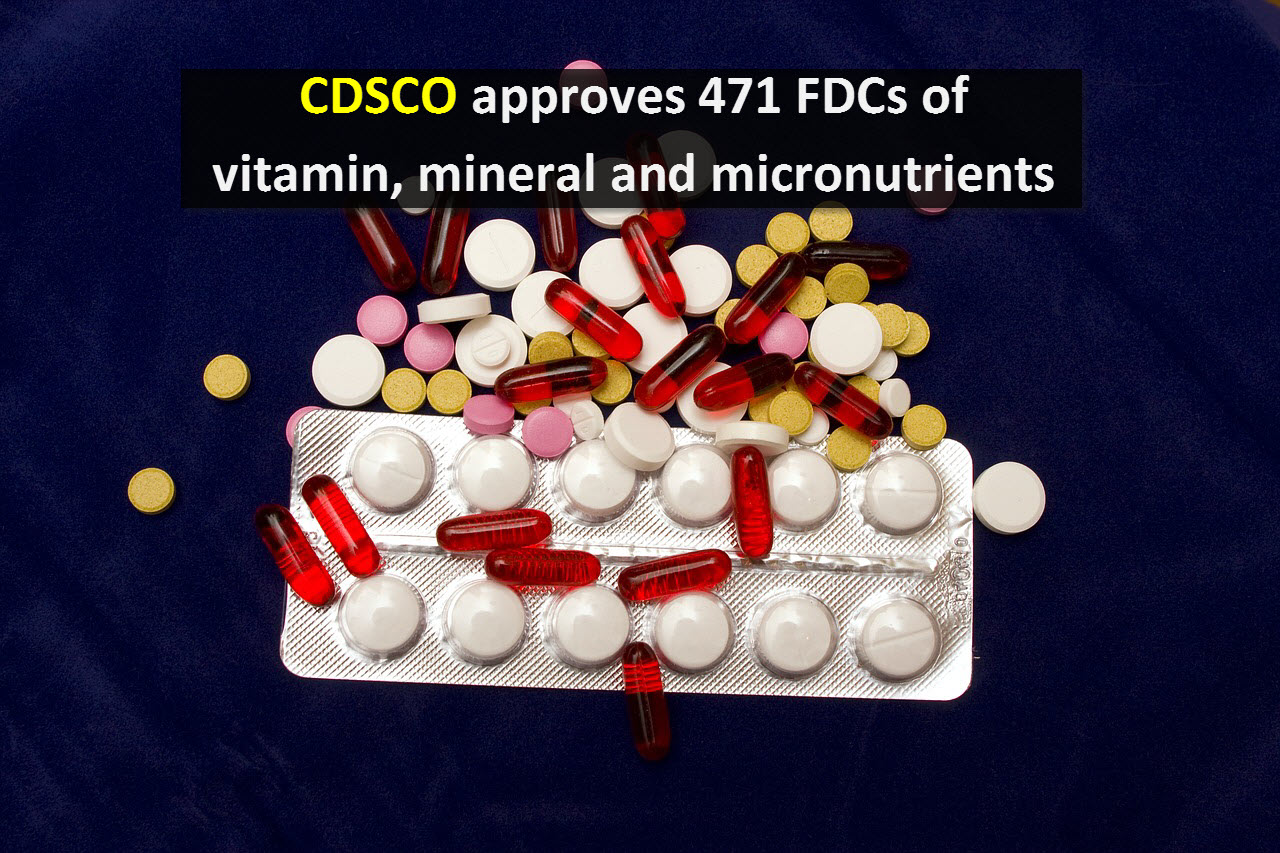 There are more 471 FDCs relating to Vitamins, Minerals and Micronutrients, etc., which have been declared as rational by Prof. Kokate Committee and a report of the committee has been accepted by the Ministry. And CDSCO asks manufacturers to get licenses from State Licensing Authorities.

Prior, There was a list of such rational FDCs containing 1681 FDCs and 450 FDCs which were already forwarded to the State Licensing Authorities.

To get product license from SLAs, applicants shall submit the requisite fees preferably through Bharatkosh for each FDC to CDSCO as specified under Drugs and Cosmetic Act, 1940 and existing rules.

The applicant shall submit application to the concerned SLA as per the provisions of Drugs and Cosmetics Rules 1945 for grant of product manufacturing license giving the details of FDC, S. No. of the FDC in the list, stability studies data (6 months accelerated), Test Specification of the FDC along with Method of Analysis as well as label and other documents as required for grant of product license under Drugs and Cosmetics Rules.

State Licensing Authority shall grant the product license of such FDCs without seeking NOC from DCGI, if other conditions of license under the Drugs and Cosmetics Rules, which need to be verified by SLA, are found to have been fulfilled. The SLAs shall verify the quality of such FDCs of each applicant/ manufacturer, before grant of License.

Dr. VG Somani, DCGI further stated that every manufacturer permitted to manufacture these FDCs shall submit the periodic safety update reports (PSURs) as per New Drugs and Clinical Trial Rules - 2019 to the central licensing authority as defined in Rule 3 i.e. DCGI. Failure to submit the PSURs shall be considered as a contravention of these Rules.