ABSTRACT
Some of the problems with Un productive relaxing treatments and insufficient repair aptitude in the central nervous system are most troubling problems for few neurological diseases. Providentially, the development of clinically relevant populations of stem cells has provided an opportunity to overcome the failure of endogenous repair systems and substitute new cells into the injured brain. However, there are still several existing difficulties in interpreting into clinical application. In this review, we mainly focus on the stem cell based therapies for Parkinson’s disease and discuss the possible advantages and drawbacks. We hope this review may provide suggestions for viable policies to overcome the current technical and biological issues relatedto the application of stem cells in Parkinson’s disease (Fu et al., 2015).

INTRODUCTION:
The Stem cells have the potential to develop into many different types of cells in the body. It mostly serves as a repair system for the body. This type of cells is of two type embryonic cells and adult cells.On a division, the stem cells have a potential while repairing it remains same or develop into another type of cell with more sophisticated functions it mostly develops as a muscle, brain or RBC cells.

The stem cells consist of many different types of cells it many modifies the embryonic and adult cell used to differentiate stem cells by the developmental stage of the animal from where this cellscome. The adult stem cells more correctly termed as “somatic” stem cells meaning from the body mostly found in the fetus, umbilical cord blood, placenta, and infants. In the 3- to 5-day-old embryo, called a blastocyst, the inner cells give rise to the entire body of the organism, including all of the many specialized cell types and organs such as the heart, lung, skin, sperm, eggs and other tissues. In some adult tissues, such as bone marrow, muscle, and brain, discrete populations of adult stem cells generate replacements for cells that are lost through normal wear and tear, injury, or disease. In laboratory scientist and researchers are continuously working on various aspects of stem cell how they are different from other cells, there essential properties and what makes them different from specialized cell types. Many new researchers are also using the stem cell for the screening of new Drugs moiety apart from this it also helpful for the development of model systems to study normal growth and identification of causes of birth defects (Canet et al., 2014). 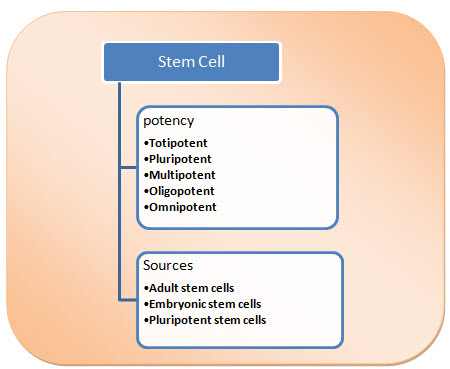 WHAT IS PARKINSON’S DISEASE?
Parkinson’s disease is a type of disorder of movements that can affect the ability to perform common and daily activities. As this disease is linked to a wide range of symptoms, These symptoms are typically divided into; i) Motor symptoms and ii) Non-Motor symptoms.

There are ﬁve primary motor symptoms of Parkinson's disease: 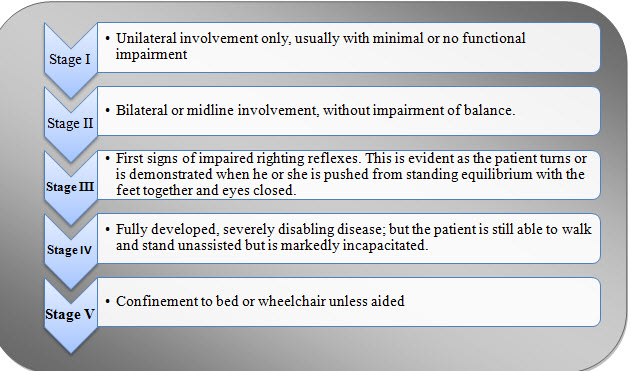