ABSTRACT:
Pituitary adenomas are slowly progressive and usually benign type of tumors which may induce a poor quality of life of patients due to progressive loss of vision over time by compression of optic nerves, cavernous sinus, optic chiasm. Its therapy generally involves differential diagnosis with an MRI of Brain and surgical option with radiation therapy. Here with we present a case of 48 year old women who had undergone microscopic transnasal transphenorbital excision of tumor two years ago of pituitary macroadenoma. She was not on any chemotherapy which led to a recurrence of her tumor. Presently her MRI scan and histopathologic reports confirms the diagnosis of Pituitary macroadenoma which was effectively treated surgically and put up on Dihydroartemisnin, a derivative of Artemether which has similar cytotoxic properties as that of artemether.

INTRODUCTION:
About 10% of the intracranial tumors are due to Pituitary macro adenomas which are most common in the sellar region. It cause compression of the optic nerves, cavernous sinus, optic chaism., due to which severe but slow impact on vision damage occurs [Chen X, et al.(2011)]. On the basis of their they are classified as macroadenoma if it is >1cm and microadenomas when the diameter is <10mm. some patients experience with a dumbbell like extension of pituitary tumor into the diaphragm through small openings by pituitary stalk [Inderjit IK, et al.(2001)]. It is invasive when the extension is into the suprasellar cistern by stretching and fenestrating the diaphragm sellae and arachnoids layer [Choudhary V & Bano S(2011)].  Pituitary adenomas are always benign without any malignant potential. Pituitary lesions are divided into nonsecretory and secretory tumors of the gland, along with parasellar and intrasellar tumors [Johnson MD, et al(2003)].

Case Report:
A 48 year old female patient was presented to the hospital with headache of gradual onset which further progressed severely within 3 months duration, progressive loss of vision in the right eye for the past 3 months. She had a past medical history of pituitary adenoma cleft pterimal; craniotomy and subtotal excision of space occupying lesion done two years back. She was a known case of hypothyroidism on therapy with T. Levothyroxine for the past 4 years. She had a history of complete loss of vision of the left eye past 2 years, amenorrhea for the past 9 years, progressive increase in weight past 6 years. There was no history or complaints of disturbance in smell, altered sensation to fall, altered taste sensation, regurgitation, aspiration of liquids, rollng over of tongue, weakness of limbs, sensory disturbance over any part of the body, involuntary movements, seizures or imbalance while walking.

Her chest X-Ray revealed prescence of Mediastinial adenopathy (Figure 2). X ray of the head indicative of the tumor was obtained (Figure 3).

Histopathologic examination of the Squash smear finding suggested moderately cellular smear showing sheets and of round to oval cells with dark stainin nuclei, strippled and moderate esonophilic cytoplasm in a hemorrhagic terminous background. Few thin walled vascular channels are covering through the tumor. The above features clearly depicted that of a pituitary adenoma (Figure 4).

Her Laboratorial examinations revealed the following details (Table 1). Her blood cortisol levels were around 6.02 – 18.4 µg/dl (6-10 AM) and 2.68-10.5 µg/dl (4-8PM). Post ACTH levels were 3 to 5 times basal levels. Blood cultures were positive for Staphylococcus aureus. On examination the patient was well built and well nourished. Her neurologic examination revealed higher mental function, concentration to tone, place, person, insights, memory-intact, with good speech and language. Microscopic transnasal transphenorbital excision of tumor was performed in the patient earlier for the excision of tumor. Due to the further recurrence of the tumor, the patient was treated with dihydroartemisnin 120mg, with further surgical therapy. Antibiotics like Inj Ceftriazone 1g, Inj Gentamycin 200mg, Inj Metronidazole 750mg, and others like Inj Hydrocortisone 100mg, Inj Phenytoin 100mg were prescribed for prophylaxis.

Table I: Laboratorial investigations of the patient. 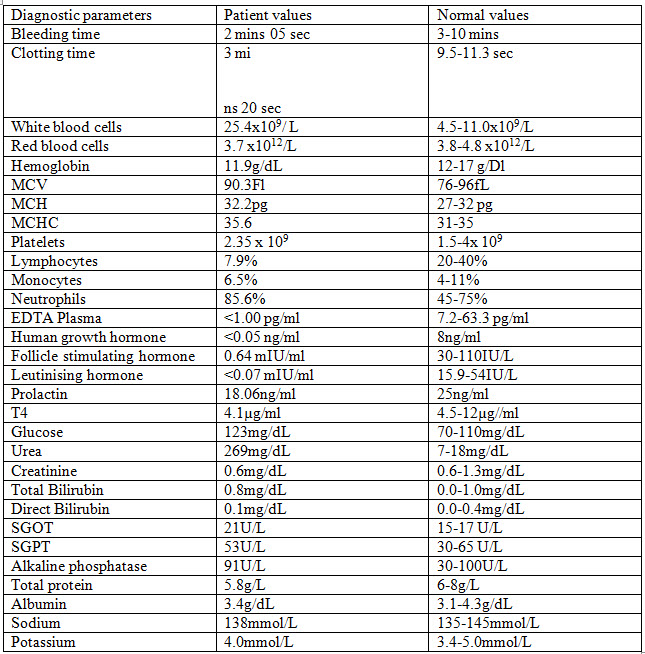 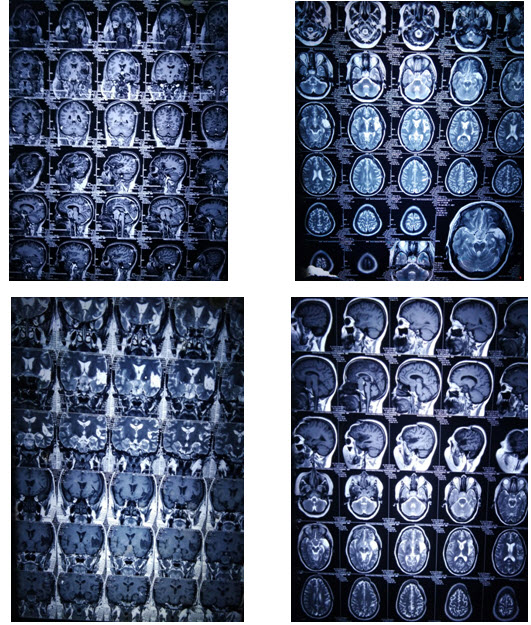 Figure I: MRI scan of the patient before excision of the tumor 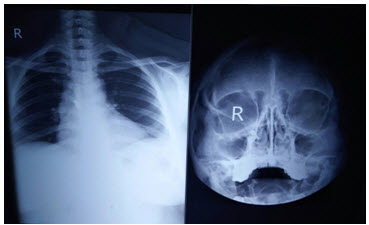 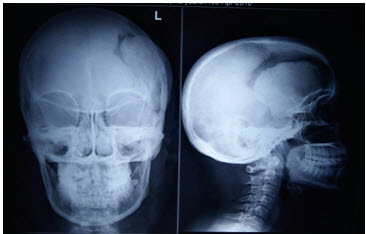 Figure III: X-ray of the head before excision of tumor 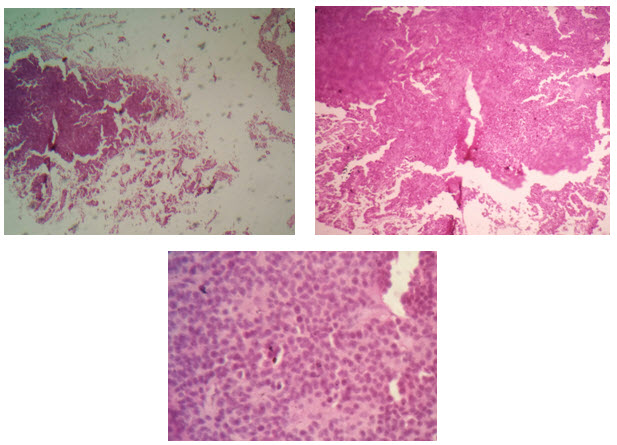 DISCUSSION:
Complications such as hypothyroidism and many others may arise on the treating of adenomas with surgical therapy alone. Recurrence rate is also found to be significant with the surgical therapy alone [Senovilla L, et al(2004)]. Approximately 10%-50% recurrence rate has been found in 5year to 10 year time period through various studies. Surgical therapy along with radiotherapy has shown a better quality of life in about 86% of patients [Yildiz F, et al(1999)]. One such therapy with Artemether, an anti-mlarial drug has shown improving rates in the prevention of recurrence of adenomas. The drug produces free radicals that cause macromolecular damage and cell death [Park P, et al(2004)]. Cancer cells are more susceptible to cytotoxic effects of artemether due to the higher influx of iron via transferrin receptor mechanism. It kills cancer cells by apoptosis which is a preferable mode of cancer cell death [Dekkers OM, et al(2006)]. Inspite of poor quality of life with surgical therapy alone and increased incidence for reoccurrence, it is better preferred to add upon a drug therapy for minimal side effects and better therapy [Sassolas G, et al(1993)]. In this patient dihydroartemisnin 120mg was prescribed for betterment of the condition which showed improvement in her MRI reports there after. The mechanism of dihydroartemisnin was found to b the same as that of artemether with cytotoxic activity.

MRI is one among the best imaging techniques in the confirmation of pituitary adenomas. Detection and characterization of adenomas is done finely with contrast MRI using Gadolinium [Zhang F, et al(1992)]. Inaccurate delineation of microadenomas has led to the emergence of dynamic imaging and in the differentiation of recurrent or residual adenoma from post-operative tissues. The atmost advancement in pituitary imaging is the use of intraoperative and its ultrasonography at the time of endoscopic pituitary surgery. Better visualizing of  parasellar and intrasellar anatomy is obtained for clear resection of tumors [Lai H & Singh NP(1995)].