AN EXTENSIVE REVIEW OF PATIENT BEHAVIOR

ABSTRACT
The most frequent causes of death in the United States and globally are chronic diseases, including heart disease, cancer, lung diseases, and diabetes. Behavioral factors, particularly tobacco use, diet and activity patterns, alcohol consumption, sexual behavior, and avoidable injuries are among the most prominent contributors to mortality. Projections of the global burden of disease for the next two decades include increases in noncommunicable diseases, high rates of tobacco-related deaths, and a dramatic rise in deaths from HIV/AIDS. Worldwide, the major causes of death by 2030 are expected to be HIV/AIDS, depressive disorders, and heart disease. At the same time, in many parts of the world, infectious diseases continue to pose grim threats, especially for the very young, the old, and those with compromised immune systems. Malaria, diarrheal diseases, and other infectious diseases, in addition to AIDS, are major health threats to the poorest people around the world. And, like chronic diseases, their trajectory may be influenced by the application of effective health behavior interventions. Substantial suffering, premature mortality, and medical costs can be avoided by positive changes in behavior at multiple levels. Most recently, there has been a renewed focus on public health infrastructure to plan for emergencies, including both human-made and natural disasters. During the past twenty years, there has been a dramatic increase in public, private, and professional interest in preventing disability and death through changes in lifestyle and participation in screening programs. Much of this interest in disease prevention and early detection has been stimulated by the epidemiological transition from infectious to chronic diseases as leading causes of death, the aging of the population, rapidly escalating health care costs, and data linking individual behaviors to increased risk of morbidity and mortality.

Purpose of the study: Discussion and projection of behavior pattern, health seeking behavior and monitoring status in both developed and under-privileged countries. The pharmacists have a vital role to play which is discussed along with comparison.

Findings: Developed or under developed country, patients have a separate behavior pattern which develops and worsen with disease progression mostly. So many factors are behind but one thing clearly understood that the handling of such situation is a provider’s function, a challenge they have to face along with treatment intervention.

Research Limitations: Very few articles found in matters regarding along with a very less interest paid by general people to talk about healthcare matters. It was very difficult to bring out facts of irrational patient behavior, giving it a substantial figure to discuss in this article. However, the major limitation is the article could be a comparison of behaviors of developed and under-privileged countries which requires an enormous exposure and financial support. However, the sole focus was to detail mysterious patient behavior and a greater part is covered.

Practical Implication: The soul of this article was to detail about patient behavior, both in Bangladesh and developed countries. Along with students, researchers and professionals of different background and disciplines, eg. Pharmacists, marketers, doctors, nurses, hospital authorities, public representatives, policy makers and regulatory authorities have to acquire much from this article.

Social Implication: Patient behavior is the Sole of healing system and a scope for pharmacists and other healthcare providers to work with in both developed or under developed countries. The article should contribute an integrated guideline for patient compliance, demand rational behavior and last but not the least a silvery lining to better pharmacists’ dealings with them in near future

INTRODUCTION
Over the past two decades, research programs have been established to identify and test the most effective methods to achieve health behavior change. More precise quantification of personal health behaviors and improved health outcomes has grown from partnerships between behavioral scientists and biomedical experts. During this period, findings from some major health behavior intervention studies have become available and have provided important insights for the field. Professionals charged with responsibility for health education and health behavior are, by and large, interventionists. They are action-oriented. They use their knowledge to design and implement programs to improve health. This is true, whether they are working to encourage health-enhancing changes in individual or community behavior or conditions. It is equally true of most health education and health behavior research. Often, in the process of attempting to change behavior, environments, or policies, researchers must do precisely what practitioners do—develop and deliver interventions. At some level, both practitioners and researchers are accountable for results, whether these are measured in terms of participants’ satisfaction with programs, or changes in their awareness, knowledge, attitudes, beliefs, or health behaviors, or in their improved decision making; institutional norms; community integration; or more distal results, including morbidity, mortality, and quality of life. Health educators may assess these results anecdotally, complete in-depth qualitative assessments, or conduct rigorous empirical evaluations. The unusual patient behavior toward providers and towards themselves including medication taking is inevitable. An interesting fact is mostly patients avoid going to visit a doctor or pharmacists and when appeared for treatment their behaviors change dramatically which is still unexplained. A National Health Service survey reveals 30% patients never seek any care due to emotional distress of being ill and again nearly 60% fail to comply treatment guidelines as directed. Social phobia persists in women who need to go for an intervention for any gynecological disorder. Conversely, children have phobia with the doctors and hospital settings due to some unknown reason. When came late at an advanced disease state, the patient is already in a highly disturbed mental condition and a few situations raise, providers need to face another challenge to tolerate and mitigate them. Practitioners of health education at once benefit from and are challenged by the multitude of theoretical frameworks and models from the social sciences available for their use, because the best choices and direct translations may not be immediately evident. The inherent danger in a book like this is that one can begin to think that the links between theory, research, and health promotion practice are easily forged. They are not. For the unprepared, the choices can be overwhelming, but for those who understand the commonalities and differences among theories of health behavior and health education, the growing knowledge base can provide a firm foundation on which to build.

Materials and Methods
1. Research Design and Search Strategy
The research is conducted through secondary data search from several sources from books, technical newsletters, newspapers, journals, and many other sources. The present study was started from the beginning of 2018. PubMed, ALTAVISTA, Embase, Scopus, Web of Science, and the Cochrane Central Register of was thoroughly searched. The keywords were used to search for different publishers’ journals like Elsevier, Springer, Willey Online Library, Wolters Kluwer were extensively followed.

2. Inclusion and Exclusion Criteria
Studies regarding psychological and social behaviors were given priorities. Several factors that influence medication taking behavior was collectively analyzed and added to the article. Issues regarding economic and cultural barriers were found to be different from subcontinents, countries and even states. A few interesting features of patient motivation and satisfaction through pharmacist’s intervention were added afterwards to maintain a logical sequence. Drug factors, environmental factors and provider-patient interaction followed by pharmacist’s role in handling patients and to change or correction of behavior were added to reveal their effect on patient compliance which is the ultimate goal of therapeutic guidelines. Many studies found regarding patient compliance of different health conditions in different countries found to be not within the scope of this article.

3. Types of Medication Taking Behavior
a) Compliance: Understanding how medication should be used and its benefit, with sufficient positive motivation, intentions and act accordingly. Concordance is not synonymous with either compliance or adherence.
b) Adherence: The extent to which a person takes medication as prescribed. Adherence is broadly viewed as related to instructions concerning medicine intake, use of medical device, diet, exercise, life style changes, rest and return for scheduled appointments. Compliance and adherence relate to the medicine-taking behavior of the patient. Compliance and adherence can be estimated using prescription claims records, pharmacy dispensing data, validated survey instruments or electric pill counters, as well as direct measures such as serum drug levels.
c) Concordance: A process by which a patient and clinician make decisions together about treatment. Concordance does not refer to a patient's medicine-taking behavior, but rather the nature of the interaction between clinician and patient. It is based on the notion that consultations between clinicians and patients are a negotiation between equals.
d) Persistence: A person’s ability to continue medical advice for the intended course, which may range from few days to life-long.  Rates of refilling for prescriptions have been used as a method of measuring adherence and is also another means of testing “persistence” (Manmohan et.al, 2012; Fraser et.al, 2010; Bell et.al, 2007) 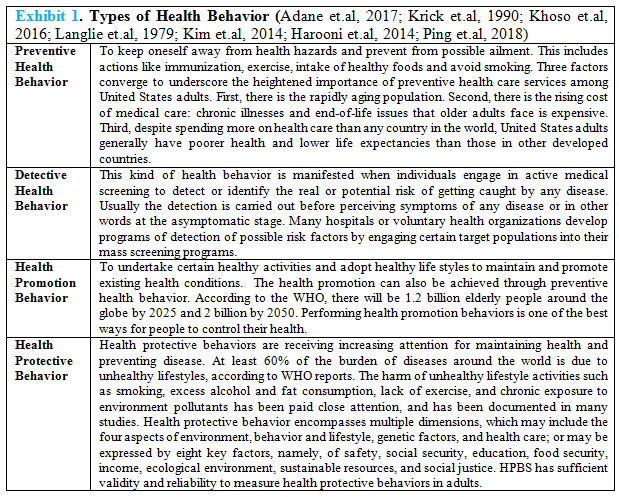 b) Illness behavior is any activity undertaken by individuals who perceive themselves to be ill that defines the state of their health and aids in discovering a suitable remedy (Irwin et.al, 2005).
• The term was introduced by Mechanic and Volkart to describe the individuals' different ways to respond to their own health status. Pilowsky's concept of abnormal illness behavior encompasses several clinical conditions characterized by a maladaptive mode of experiencing, perceiving, evaluating and responding to one's own health status (Sirri et.al, 2011).
• Illness behavior is the way persons respond to bodily indications that they experience as abnormal; thus, it involves the manner in which persons monitor their bodies, define and interpret their symptoms, and seek health care.
• Individuals attempt to ascribe cause and meaning to their illness symptoms and may self-diagnose and treat.
• Alternatively, individuals may visit a doctor or another prescriber and a pharmacist in order to obtain a prescription drug. Illness behavior is not all about the immune response
• Emotional component of illness behavior is, at least partly, shaped by top-down expectations. Helping patients having a realistic expectation of symptoms during treatment of an illness may thus reduce aggravated emotional responses, and ultimately improve patients' quality of life and treatment compliance (Lasselin et.al, 2018).

c) Treatment behavior is actions taken to restore health or halt disease progression traditionally have been referred to as sick-role behaviors and now are referred to as treatment behaviors (Stanislave et.al, 1966).
• The concept of sick role was proposed by an American Sociologist Talcott Parsons in his famous book ‘the social system’ which published in 1951.
• Kasl  and Cobb (1966 b.) had mentioned Parsons’ sick  role  as  a  behavior  and  as  a  separate  concept  different from that of illness behavior particularly in terms of ill person’s consideration of himself to be ill in contrast to illness behavior where a person feels himself to be ill, but the purpose  of  both behaviors  (illness  as  well  as  sick  role  behaviors)  is  same:  to recover  from  sickness/  illness (Becker et.al, 1974).
• In medical sociology, the familial or culturally accepted behavior pattern or role that one is permitted to exhibit during illness or disability, including sanctioned absence from school or work and a submissive, dependent relationship to family, health care personnel, and significant others. This sick role can be confirmed by a doctor or a member his or her family, community or social group at any level (Kim et.al, 2014). 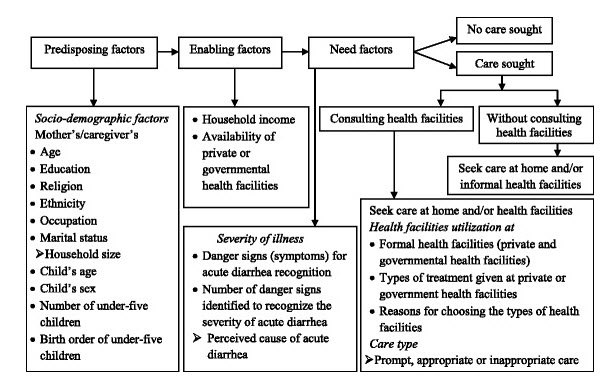