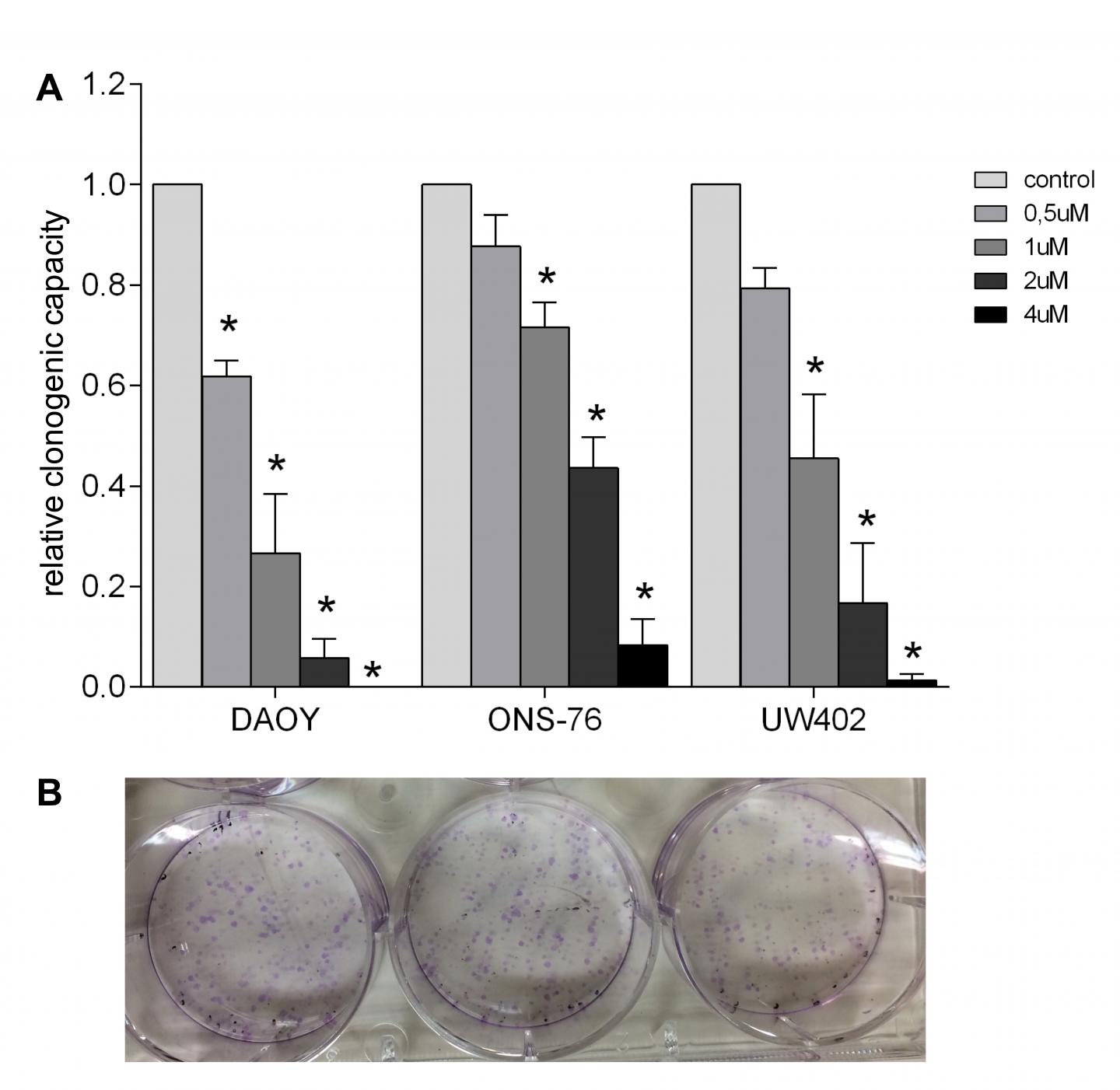 Researchers affiliated with the University of Sao Paulo’s Ribeirao Preto Medical School (FMRP-USP) in Brazil have demonstrated the potential of a leukemia drug, arsenic trioxide, to treat medulloblastoma, a type of brain cancer most common in children. When they tested arsenic trioxide on cells taken from one of the most aggressive subgroups of this type of tumor, they obtained promising results in terms of tumor cell death. The drug also made the tumor cells more sensitive to radiation therapy.

“Twelve medulloblastoma subgroups are currently recognized according to their molecular characteristics, which also indicate the prognosis. One of the subgroups with the worst prognosis is known as SHH. This tumor has a somatic mutation in gene TP53, and it’s treated with chemical and radiation therapy,” said Paulo Henrique dos Santos Klinger, first author of the article, written as part of his master’s research at FMRP-USP, and supported with a scholarship from the National Council for Scientific and Technological Development (CNPq).

The study was part of the project “Interactions between emerging therapeutic targets and developmental pathways associated with tumorigenesis: emphasis on pediatric malignancies”, which is led by Luiz Gonzaga Tone, a professor at FMRP-USP.

“The project focuses on an in-depth investigation of dysregulation of the signaling pathways that control normal embryonic development and its link to the onset and progression of pediatric cancer,” Tone said.

Radiotherapy can have severe adverse effects on a child’s brain, causing cognitive, endocrine and motor problems. Hence, the importance of developing therapeutic strategies that reduce or eliminate the need for radiation is important.

On its own, arsenic trioxide proved capable of killing tumor cells and preventing the formation of new tumor cell colonies. The effects were enhanced when the drug was combined with radiation therapy. The drug was not found to be significantly toxic when applied to healthy cells.

Moreover, arsenic trioxide alone could be used to treat pediatric medulloblastoma patients as old as three years, possibly in conjunction with the chemotherapy drugs typically used to treat this type of cancer. Children in this age group with brain cancer cannot be treated with radiation therapy since it may cause irreversible damage to the central nervous system.

Mutation
The drug was chosen because it is a well-known blocker of the SHH signaling pathway in leukemia. The SHH pathway is essential to human embryonic development and is deactivated when embryogenesis is complete. If the pathway is reactivated for some reason, which are currently unknown, then cancer can develop, including some types of skin cancer and various types of leukemia and medulloblastoma.

“Another advantage of arsenic trioxide is its capacity to cross the blood-brain barrier, which protects the central nervous system from circulating toxins or pathogens. Previous studies showed this penetration to be reasonable in medulloblastoma,” said Elvis Terci Valera, last author of the published paper. Valera is an attending physician at the teaching hospital (Hospital das Clínicas) operated by FMRP-USP and a professor at the institution’s child health program.

The prognosis for SHH-type medulloblastomas is typically intermediate, with 50% of patients responding well to treatment. However, the prognosis is worse when a somatic mutation occurs in TP53 because this gene plays a key role in cell division control via the SHH pathway and can counteract alterations that can lead to cancer.

“The germline mutation of this gene points to Li-Fraumeni syndrome, characterized by several clinical factors but generally involving the loss of function of TP53 and increasing the likelihood of various types of tumors,” Klinger said.

Li-Fraumeni syndrome (LFS) confers an inherited familial predisposition to a range of cancers. In children, it entails an augmented risk of the occurrence of medulloblastomas, especially those of the SHH subgroup.

The researchers now plan to test the drug in animal models to determine whether the results are the same as those of the cell experiments. If they are the same, then the treatment may subsequently tested in humans.