A BREAK THROUGH IN CANCER TREATMENT: VIRUSES THAT TREATS CANCER

WHAT IS CANCER?
We will discuss in brief about cancer. Cancer is a large, heterogeneous class of diseases in which a group of cells display uncontrolled growth, invasion that intrudes upon and destroys adjacent tissues, and often metastasizes, wherein the tumor cells spread to other locations in the body via the lymphatic system or through the bloodstream.

A BREAK THROUGH IN CANCER TREATMENT: VIRUS THAT TREATS CANCER 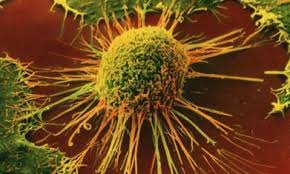 An Ottawa-based research team has developed a virus that is showing promise as a new way of attacking and shrinking cancer tumours while leaving healthy tissue alone.

It's early days in the still-experimental field of therapeutic cancer viruses, called oncolytic viruses. But this new study from researchers from the Ottawa Hospital Research Institute (OHRI) and the University of Ottawa advances the field a little further by showing that the virus is safe in most patients.

For the study, researchers recruited 23 advanced cancer patients whose cancer had spread to multiple organs. All had failed to respond to the usual treatments and all were in the final stages of the disease.

The patients agreed to receive a single infusion of an experimental virus into their blood, called JX-594.

JX-594 is a form of vaccinia virus that's been used as a live vaccine against smallpox. The JX-594 virus has been genetically engineered to enhance its natural anti-cancer properties. The virus is not smallpox and it's not strong enough to infect healthy cells, but tumour cells, which are inherently weak, are susceptible to it.

The doctors tried out five doses of the virus, and then took biopsies of the tumours eight to 10 days later.

The researchers found that seven of the eight patients in the highest dose groups had evidence that the virus was in place and replicating in their tumours and not in normal tissues.

What's more, six of eight patients in the two highest dose groups experienced a shrinking or stabilization of their tumours, while those in lower dose groups saw less of this effect.

None of the 23 patients experienced significant side effects from the virus injection, with the most common side effect being mild to moderate flu-like symptoms that lasted less than one day.

The study, which is published in the journal Nature, was designed primarily to test the safety of the virus, not to cure the patients. In fact, some of the patients later died of their disease.

But the observation that some patients saw their tumours shrink was a welcome discovery.

Dr. John Bell, one of the study's co-authors and a researcher at OHRI says it's exciting that the virus led to results after just one dose.

"Of course, we will need to do more trials to know if this virus can truly make a difference for patients," he said in a statement.

Bell says the advantage of therapeutic viruses is that they can be sent through the blood, infect the cancer tumours and leave the healthy tissue alone. It's possible that oncolytic viruses could one day offer an alternative to conventional chemotherapy and radiation treatment, which tend to destroy healthy cells as well as cancer cells.

"Oncolytic viruses are unique because they can attack tumours in multiple ways, they have very mild side effects compared to other treatments, and they can be easily customized for different kinds of cancer," Bell said.

"We're still in the early stages of testing these viruses in patients, but I believe that someday, viruses and other biological therapies could truly transform our approach for treating cancer."

JX-594 was developed with Jennerex Inc., a biotherapeutics company co-founded by Dr. Bell in Ottawa and Dr. David Kirn in San Francisco.

The study was funded in part by Jennerex, as well as the Terry Fox Foundation, the Canadian Institutes of Health Research and the Ontario Institute for Cancer Research, and others.

Bell and his research team plan to do further tests on many more patients to show the treatment actually works and that the body doesn't learn to resist the virus over time.

A Phase 2 trial is to start soon aimed at patients with end-stage liver cancer or colon cancer.

You can put your queries and comments below. Thank you.

Pharmapedia: Increasing use of steroids and associated side effects

congrats for your success,Dr. John

As a new born microbiologist myself SHREYA appreciate you,Dr. John Bell and i pray to GOD that you will success in your research and gives the life of each and every cancer patients who wish to live in this earth.