Body Fatness: Be as lean as possible within the normal range of body weight

Physical Activity: Be physically active as part of everyday life

Breastfeeding (Special Recommendation): Mothers to breastfeed; children to be breastfed

•  X-rays (also called radiographs) are used in cancer diagnosis and typically represent a two-dimensional image. For example, chest radiographs are often used for early cancer detection or to see if cancer has spread to the lungs or other areas in the chest.[6]
• Mammograms use X-rays to look for tumors or suspicious areas in the breasts. A key benefit of mammography is its ability to identify changes in the breasts before a patient or physician can feel any suspicious abnormalities. Mammograms can be recorded either on conventional film or digitally, using an electronic digital detector. Early detection through mammography has been a major factor in the dramatic decrease in breast cancer mortality.[6]
•  Ultrasound, also called sonography, is an imaging technique in which high-frequency sound waves that cannot be heard by humans are bounced off tissues and internal organs. Their echoes produce a picture called a sonogram.[6]
•   A computed tomography scan (also known as a CT or CAT scan) uses computer intensive reconstruction techniques to create images of the body from X-rays. These are the same type of X-rays used for plain radiographs. However, a radiograph and a CT scan convey different types of information. A CT scanner makes images that are tomographic (cross-sectional) slices of the body (like slices of bread), and the data from a CT scan can be enhanced in several ways to show internal structures more vividly than on plain radiographs. Thus, a physician could not only tell if a tumor is present, but roughly how deep it is in the body.[6]
•   Magnetic Resonance Imaging (MRI) uses radio frequency (rf) waves in the presence of a strong magnetic field that passes through the cavity of the MRI machine where the patient lies. These rf waves are used to get tissues to emit radio waves of their own. Different tissues (including tumors) emit a more or less intense signal based on their chemical makeup, so a picture of the body organs can be reconstructed and displayed on a computer screen. Much like CT scans, MRI can produce three-dimensional images of sections of the body, but MRI is often better than CT scans for distinguishing soft tissues.[6]
•   Another way to detect cancer is to conduct an endoscopy, in which a thin tube is used with a camera and light at one end, to look for abnormalities inside the body.[4]
•  You will usually need to have a sample taken of the lump or abnormal area - this is known as a biopsy. The biopsy sample is then analysed in a laboratory and the cells are examined. This allows the doctors to see exactly what type of cancer it is and whether it’s likely to grow slowly or more quickly.[7]

Traditional treatments of cancer-[4]
Surgery:-
In case of non-metastasized cancer, it is possible to completely cure a patient by surgically removing the cancer from the body. Like - removal of the prostate or a breast or testicle.
But when cancer is metastasized, it is impossible to remove all of the cancer cells.

Radiation:-
Destroying cancer by focusing high-energy rays on the cancer cells known as radiotherapy. Radiotherapy involves use of high-energy gamma-rays emitted from heavy metals such as radium or high-energy x-rays that are created in a special machine. This treatment may caused severe side-effects because the energy beams would damage normal, healthy tissue. and technologies have improved so that beams can be more accurately targeted. But not sufficiently acting in leukemia.

Chemotherapy:-
This therapy commits to suicide the cancer cell by damaging proteins or interfering DNA synthesis. And used in metastatic stage of cancer because it travel in entire body. It is acting priory on dividing cancer cells but may affect the normal cells. But it has some side effects such as hair loss, nausea, fatigue, and vomiting.

Immunotherapy:-
Immunotherapy is a stimulation of body's immune system for treats the tumor by causing inflammation. Administration of agent like protein interferon alpha can shrink tumor.

Hormone therapy:-
Hormone therapy is designed to alter hormone production in the body so that cancer cells stop growing or are killed completely. Low concentration hormone at affected site result in inhibition of cell division and lower growth.

Gene therapy:-
To replace damaged genes such as p53 gene with ones that work to address a root cause of cancer. But till now it is not yet resulted in any successful treatments. 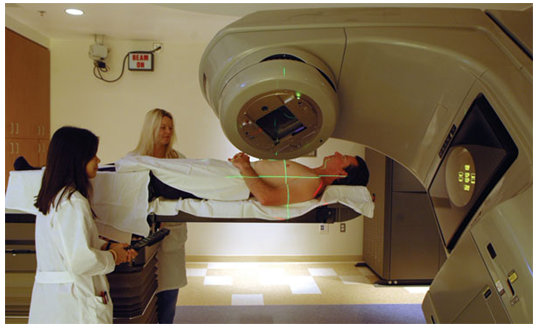